The Reserve Bank wants to support the growth by keeping the key repo rate unchanged at 6.50 per cent, as announced in this fiscal's fourth bi-monthly policy review Friday, experts said. 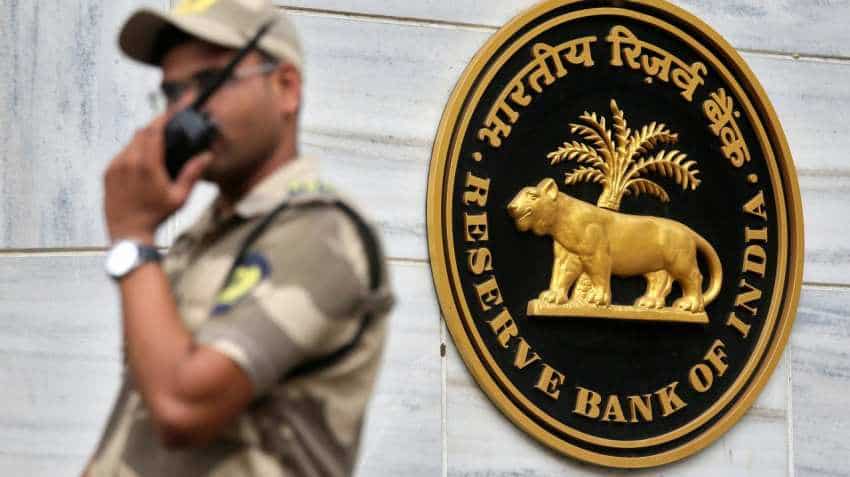 The RBI's policy will provide a short-term relief in the rupee and debt market, they added. Image Source: Reuters
Written By: PTI
RELATED NEWS

The Reserve Bank wants to support the growth by keeping the key repo rate unchanged at 6.50 per cent, as announced in this fiscal's fourth bi-monthly policy review Friday, experts said. The RBI's policy will provide a short-term relief in the rupee and debt market, they added.

However, they have not ruled out a hike in the policy rate going forward, as in the previous two consecutive instances the RBI had raised the repo rate -- at which it lends to banks and financial institutions -- by 0.25 per cent each. The six-member Monetary Policy Committee (MPC) chaired by RBI Governor Urjit R Patel also changed the policy stance from neutral to calibrated tightening by a majority 5:1.

The intent of the Reserve Bank's policy sends signals for supporting growth in the near-term while the policy action is expected to alleviate the liquidity concerns amongst the market participants, Bank of India MD and CEO Dinabandhu Mohapatra said. "RBI has reiterated its commitment to manage inflation at 4 per cent level, while taking care of real economy growth at the same time. The move shows the RBI's view on softened retail inflation in recent months," he said.

The move is also seen as surprising by most of the experts as it was widely expected that the RBI may raise the repo rate by 0.25 per cent or even by 0.50 per cent due to ongoing concerns on falling rupee and rising crude oil prices.

"A surprising status quo on policy rates from RBI amplifies its higher accordance to imparting and restoring financial stability in the near term in the economy. As such, with a shift of stance from neutral to calibrated tightening, we believe that RBI is likely to re-commence rate hiking from the forthcoming policy in December," said Shubhada Rao, Group President and Chief Economist, Yes Bank.

She said over the last two months, global and domestic risks have been accumulating and somewhat intensifying as seen in heightened trade war actions, crude oil prices and EM currency spillovers along with domestic twin deficit (CAD and fiscal deficit) concerns mounting.

B Prasanna, Group Executive and Head ? Global Markets Group, ICICI Bank said the RBI has acknowledged the upside risks to inflation and consequently changed the stance to that of calibrated tightening.

"This is an indication that the rate hike cycle will be lengthier and the hikes might not necessarily be front loaded. While the message has been clear that interest rates as a tool is primarily meant only for the purpose of inflation targeting and not meant for currency defense, we do feel that more rate hikes would be required going ahead based on global market developments and our own projection of the inflation trajectory," Prasanna said.

Despite inflation projection revised downwards by the RBI, the outlook is clouded with several uncertainties and the risks are on the upside due to several factors including fiscal slippage, HRA impact and crude oil prices, said Sunil Kumar Sinha, Principal Economist, India Ratings and Research (Ind-Ra).

"Ind-Ra, therefore believes that one more rate hike this fiscal is a possibility and cannot be ruled out. This is also reflected in the policy stance changing from the neutral to calibrated tightening," Sinha said.

The RBI kept the objective of achieving medium-term target for consumer price index (CPI) or retail inflation at 4 per cent within a band of +/- 2 per cent, while supporting growth has also lowered the inflation projection for the second half of this fiscal to 3.9-4.5 per cent citing an unusually benign food inflation.

ICRA Principal Economist Aditi Nayar said the change in stance of monetary policy was on expected line but the status quo on policy rate has come as a surprise.

The change in stance from neutral to calibrated tightening suggests that a rate hike in the upcoming policy meeting is firmly on the cards, Nayar said, adding the factors to be watched going forward include if crude price will remain elevated in light of upcoming US sanctions on Iran, movement in the Indian rupee and if a benign food inflation will see any reversal.

Chandra Shekhar Ghosh, MD & CEO, Bandhan Bank said: "The Reserve Bank of India has maintained the status quo...Most importantly, it has indicated that there will not be any shortage of liquidity in the financial system. This is very reassuring, particularly when there is semblance of instability in the financial markets. We could not have a better monetary policy."

Tata Capital Managing Director and CEO Rajiv Sabharwal said the performance of Rupee against the USD in the medium term will impact various macro-economic indices. "The regulator will continue to monitor domestic liquidity. This pause will however be temporary and we could see a rate hike in the near future. The NBFC/ HFC sector will continue to take prudent measures in building its asset book," he added.

Anis Chakravarty, Partner and Lead Economist, Deloitte India, said a wait and watch approach in keeping the key policy rate unchanged at 6.5 per cent was adopted by the MPC.

"We believe that a consistent rise in interest rates could destabilize the markets, disrupting the price-growth balance. That said, the risks to economy have clearly increased, with crude prices failing to stabilise and continued rupee weakening having a net negative impact on capital flows," he said.