The Reserve Bank of India kept its policy repo rate unchanged at 6.00 percent on Thursday for the fourth straight meeting and stuck to its `neutral` stance as expected to support an early recovery in economic growth as inflation eases. 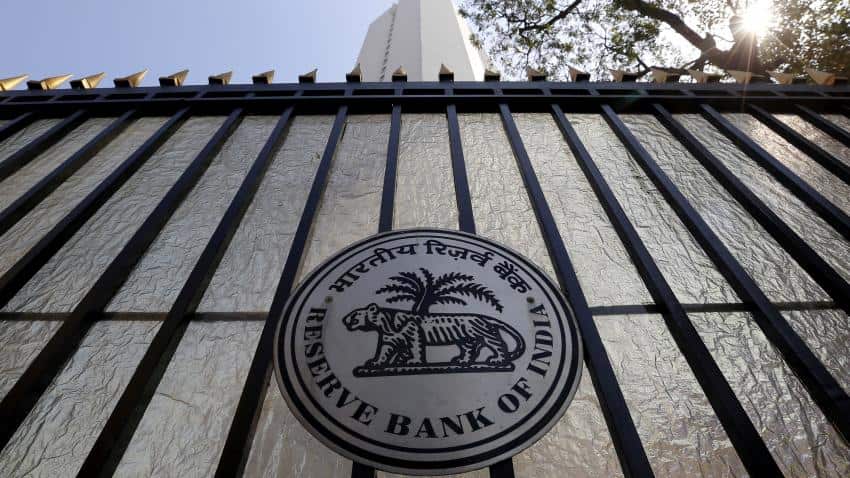 RBI policy review 2018: The Reserve Bank of India kept its policy repo rate unchanged at 6.00 percent on Thursday for the fourth straight meeting and stuck to its `neutral` stance as expected to support an early recovery in economic growth as inflation eases. All 61 respondents had predicted the rate would be kept on hold at its lowest level since November 2010. A central bank survey projected real GDP growth at 7.3 percent in the first quarter of 2018/19 and 7.2 percent for the rest of the financial year.

"Quite ambivalent given the risks, but with a dovish bias. Could harden if risks mentioned do pan out."

RAJNI THAKUR, ECONOMIST, RBL BANK, MUMBAI
"RBI has decided to hold the key policy rates in the first monetary policy decision for 2018-19. While the status quo on policy rates were on expected lines, the Goldilocks scenario that RBI has outlined for the new fiscal- with higher growth expectations and lower inflationary forecasts- could very well indicate rates on hold for the whole year. It will boost the general market sentiments and bond markets in particular. The fact that the committee has looked through the volatility episodes in financial market to balance the tightrope walk between rising global rates and nascent domestic growth reiterates its "data dependency" approach."

SHILAN SHAH, SENIOR INDIA ECONOMIST, CAPITAL ECONOMICS
"The tone of the policy is fairly hawkish. It has got several upside risks to inflation including domestic demand, the impact of the revisions of the MSP formula for farmers and also there is some concern over higher global oil prices. Although the RBI has revised down forecasts on inflation, that was mainly on the basis that CPI is slightly weaker than expected. We expect a policy rate hike by October this year."

ADITI NAYAR, PRINCIPAL ECONOMIST, ICRA LIMITED, GURUGRAM
"The status quo in today`s policy is in line with expectations. We don`t anticipate a change in the repo rate or stance of monetary policy until greater clarity emerges towards the second half of the year on the impact of MSPs and monsoon on the inflation trajectory."

SOUMYA KANTI GHOSH, GROUP CHIEF ECONOMIC ADVISOR, STATE BANK OF INDIA
"The tone of the policy is in line with expectation. We are already saying inflation could undershoot by 40-60 bps and it has been stated in the policy. The policy indicates inflation numbers could undershoot market expectations. My sense is that this will augur well for financial markets, which have been plagued by uncertainties. We are expecting a prolonged pause with a tilt towards accommodation."

ANITA GANDHI, WHOLE-TIME DIRECTOR, ARIHANT CAPITAL, MUMBAI
"The recent fall in inflation and recovering growth have supported the case for status quo. However, rising oil and commodity prices and higher minimum support price for farm products are seen as threats to easing inflation."

"RBI still expects inflation to come down slightly. The estimate for inflation has been brought down."

"The tone is in line with expectations, but RBI could toughen up its tone going ahead."

A. PRASANNA, CHIEF ECONOMIST, ICICI SECURITIES PRIMARY DEALERSHIP
"The policy outcome was along expected lines with the MPC maintaining the balanced tone that was evident in February also. By lowering both H1 and H2 CPI forecasts, MPC has internalised recent softening in food prices. However, they have turned more positive on growth while noting that output gap is closing. As such, we believe that upside risks to CPI will materialise once government implements its promise of 1.5x MSP. Along with improvement in growth outlook this will provide enough reasons for the MPC to hike rates. We expect the first rate hike to happen in August."

RAHUL SHARMA, SENIOR RESEARCH ANALYST, EQUITY99, MUMBAI
"Policymaker will be careful of not stifling growth at the early stages of recovery."

"RBI would have to do a tightrope walk as globally interest rates are inching upwards. The next cut would be dependent on clarity of monsoon, sustainability of crude oil prices and global financial conditions."

"We believe RBI will maintain its status quo stance in the near future."

TERESA JOHN, ECONOMIST, NIRMAL BANG EQUITIES PVT LTD, MUMBAI
"The MPC statement was more dovish than expected, particularly the cut in inflation forecasts. Nevertheless, the policy statement highlights upside risks to inflation. We expect inflation to be slightly higher than the RBI`s forecast by around 50bp, and therefore continue to expect one 25bp rate hike in FY19."

"The inflation outlook has been reduced a bit, but the confidence of it dipping below 4 percent seems absent. On the other side, they have also maintained the upside risks to inflation. Thus, given the current projected path in inflation, there is limited chance for RBI to react either ways."

"We maintain our expectations of RBI staying on hold for an expected period and through FY19."