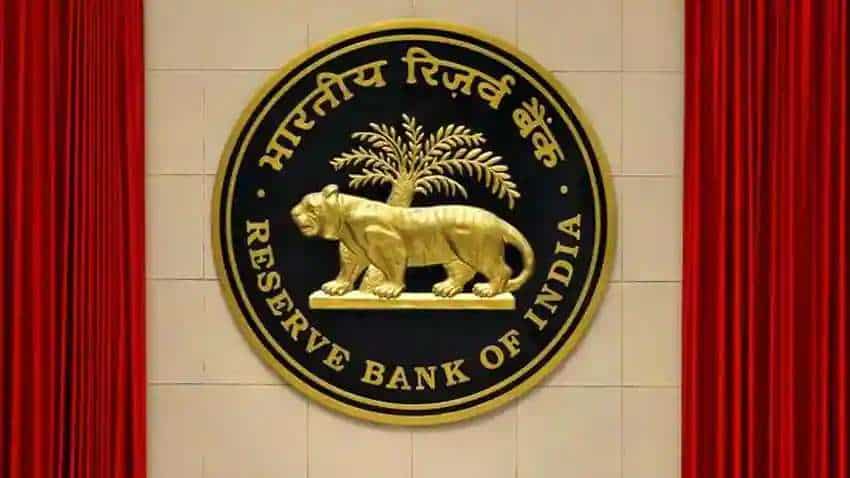 In a major development, Reserve Bank of India (RBI) imposes monetary penalty on fourteen banks. The penalties have been imposed in exercise of powers vested in RBI under the provisions of section 47 A (1) (c) read with sections 46 (4) (i) and 51 (1), of the Banking Regulation Act, 1949, as applicable.

According to RBI release, "The Reserve Bank of India (RBI) has imposed, by orders dated July 06, 2021,
monetary penalty on fourteen banks, as detailed below, for non-compliance with certain provisions of directions issued by RBI on ‘Lending to Non-Banking Financial Companies (NBFCs)’, ‘Bank Finance to Non-Banking Financial Companies (NBFCs)’, ‘Loans and Advances – Statutory and Other Restrictions’, ‘Creation of a Central Repository of Large Common Exposures – Across Banks’ read with the contents of Circular on ‘Reporting to Central Repository of Information on Large Credits (CRILC)’, ‘Operating Guidelines for Small Finance Banks’ and for contraventions of provisions of Section 19(2) and Section 20 (1) of Banking Regulation Act, 1949: 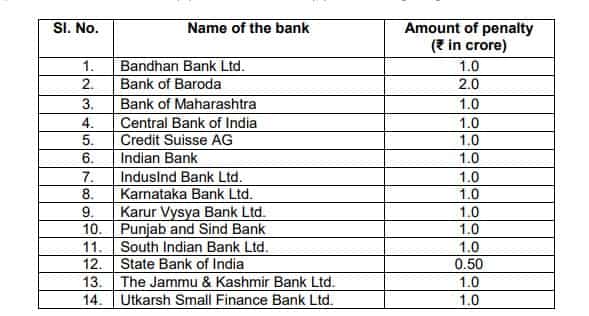 BACKGROUND: As per RBI

A scrutiny in the accounts of the companies of a Group was carried out by RBI and it was observed that the banks had failed to comply with provisions of one or more of the aforesaid directions issued by RBI and/or contravened provisions of the Banking Regulation Act, 1949.

In furtherance to the same, Notices were issued to the banks advising them to show cause as to why penalty should not be imposed for non-compliance with the directions/contraventions of provisions of Banking Regulation Act, 1949.

The replies received from the banks, oral submissions made in the personal hearings, wherever sought by the banks, and examination of additional submissions, where made, were duly considered, and to the extent the charges of non-compliance with RBI directions/contraventions of provisions of Banking Regulation Act, 1949 were sustained, RBI concluded that it warranted imposition of monetary penalty on aforementioned fourteen banks.