The comments from the former-economic-affairs- secretary-turned-central banker assume importance as the government for two consecutive terms have missed it fiscal deficit targets by 10 bps in the outgoing fiscal year. 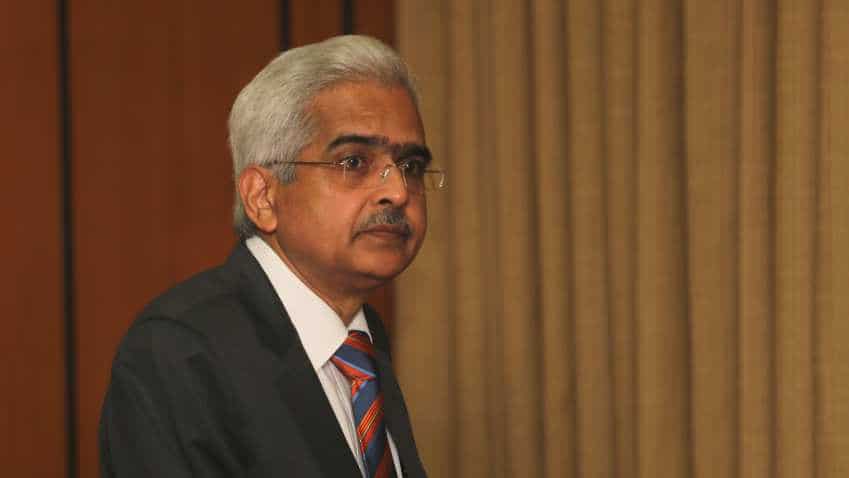 Das, however, said his views do not represent the deliberations or the direction of thinking of the 15th Finance Commission, where he was a member for more than a year. Image source: IANS
Written By: PTI
RELATED NEWS

The comments from the former-economic-affairs- secretary-turned-central banker assume importance as the government for two consecutive terms have missed it fiscal deficit targets by 10 bps in the outgoing fiscal year. Many analysts fear that even the upwardly revised fiscal deficit target of 3.4 percent may be difficult to meet given the massive shortfall indirect tax collection and also shortfall in other budgeted non-tax revenue.

Das, speaking at the launch of a book 'Indian Fiscal Federalism', by former RBI governor YV Reddy along with GR Reddy here this evening, Das said there is now general agreement about the importance of fiscal consolidation roadmaps both at national and state levels.

"While adhering to fiscal deficit targets and debt- to-GDP ratios, it is equally important to undertake a robust expenditure planning based on a 'commonly agreed expenditure code' to address the socioeconomic challenges without diluting the goals of fiscal consolidation," he said.

Das, however, said his views do not represent the deliberations or the direction of thinking of the 15th Finance Commission, where he was a member for more than a year.

Das said over the past several decades, the successive finance commissions have adopted different approaches with regard to principles of tax devolution, Central grants to be given to the states and fiscal consolidation issues.

While at one level, there has to be a framework for fresh and innovative thinking by every finance commission, there is also a need to ensure broad consistency between various finance commissions so that there is some degree of certainty in the fund flow, especially to the states, he said adding this has become more critical in the post-GST scenario.

According to him, the principle of decentralisation works better when powers and functions are delegated based on which tier of governance is best suited to fulfill that responsibility.

Although the Constitution has provided for delegation of certain functions to the urban and rural local bodies, it is seen that there is still a good distance to traverse when it comes to devolution of funds to these local bodies.

"It is, therefore, essential that state finance commissions are constituted every five years as well, he said.

Das said recent initiatives in fostering cooperative federalism have opened new chapters of cooperation between the Centre and the states, as reflected in the GST Council, which is functioning on the principle of shared sovereignty.

"We are, however, a union of states in which both the Union and the states have to be fiscally strong.
While this issue has to be addressed by the finance commission, the challenge for GST council is to realise the full potential of GST for enhancing tax-GDP ratio and work on other areas of the economy to enhance competitiveness," he said.

Das mooted that the GST Council can expand its scope and agree to work on other areas of reforms to generate national consensus.