In the last policy announcement, the monetary policy committee headed by RBI governor Urjit Patel kept repo rate unchanged at 6% with a neutral stance citing that rising consumer prices will threaten their trajectory for inflation. 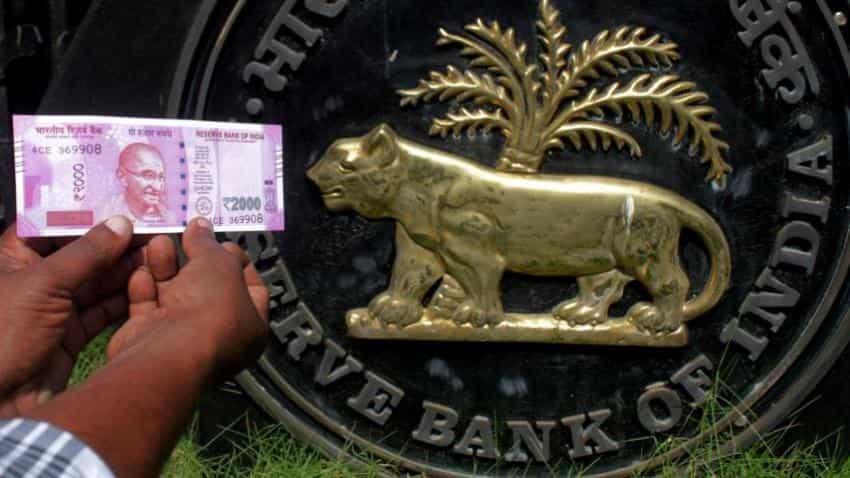 After inflation accelerated to a seven-month high and stronger economic growth reduced the need for monetary stimulus, the government as well as India Inc expect a “rate cut” from the Reserve Bank of India (RBI)'s fifth bi-monthly monetary policy announcement on Wednesday.

Finance Ministry officials in a Reuters report last week stated that the government expects a reduction in official interest rates in the coming months as it expects inflation to stay close to a 4% target.

Also, they feared that higher oil prices could further fuel inflation making it difficult for a rate cut, which is why they expect RBI to trim down policy repo rate in this meet.

While Ficci (Federation of Indian Chambers of Commerce and Industry) president Pankaj Patel told PTI, that overall inflation remains within RBI's indicative trajectory and this is an encouraging sign.

This is opposite to what economists are expecting. They believe RBI will maintain a status quo.

In the last announcement, the monetary policy committee (MPC) headed by RBI governor Urjit Patel kept policy repo rate unchanged at 6% with a neutral stance citing that rising consumer prices will threaten their trajectory for inflation.

Now the economic situation is such that inflation, both Consumer Price Index (CPI) and Wholesale Price Index (WPI), has risen.

The CPI inflation rose over analysts' expectations at 3.6% in October 2017 compared to 3.30% in September 2017, on the back of 4% rise in vegetable prices. Food inflation picked up at 1.9% from 1.2%, while core inflation remained with the RBI's measure at 4.6% on year-on-year (YoY) basis, despite rise in petrol and diesel prices.

The WPI inflation, which jumped to 3.59% in October compared to 2.6% in September, is at six-month high while the CPI has reached to seven-month high.

Since the October policy announcement of RBI, the bond yields have risen by over 35 basis points. This, Nirmal Bang agency, says was due to a combination of factors like risk of fiscal slippage, rising inflation, declining liquidity and foreign investment hitting the cap.

Considering all these factors, economists believe a status quo would be right thing to do by the RBI.

CARE Ratings said, "The MPC will be meeting amid a rise in GDP growth rate in Q2FY18 as against Q1FY18, upward inflationary biases due to rising food and oil prices, weak credit and deposit growth and a sharp rise in GSec yields."

Analysts at InvesTrekk agency believe that when the members of MPC meet on December 05, to discuss on the policy decision; the question before them might be "to raise or not to raise" rather than "to cut or not to cut".

Andy Haldane, chief economist at the Bank of England, in a Nirmal Bang report says how does RBI usually considers a rate cut. Further, he says the central theme of inflation targeting is ‘ghostbusting’, by which he means the need to be pre-emptive in setting monetary policy, offsetting incipient inflationary pressures often invisible to the general public.

Haldane went on explaining that real interest rates may remain high in the medium term till inflation expectations are anchored. But this may be a small sacrifice to make, as eventually interest rates are bound to fall once expectations are anchored. Therefore, not every fall in headline Consumer Price Index or CPI inflation will be met with a cut in policy rates, as the RBI opportunistically uses those pockets of low inflation to its advantage.

Haldane believes that a rate cut picture has ended for the country, and adds that in an emerging economy like India which is on a disinflationary path towards the medium term target of 4%, supply shocks which affect inflationary expectations may be addressed with rate hikes.

InvesTrekk, however, adds, “MPC is presently faced with unprecedented complexities in policy making. Though the stated objective is to manage inflationary expectations, MPC must deal with the prospects of worsening twin deficit, slowing growth and likely global liquidity and rate events.”

Meanwhile, global investment banks like Morgan Stanley and Goldman Sachs expect RBI to start rising key policy rates from next year which would be for the first time in four years.

They said, "We expect CPI inflation to rise above the midpoint of RBI’s target band (to 5.3% in FY19) due to a pickup in food and commodity prices, and expect the RBI to hike policy rates by 75 basis points by mid-2019 ”

Amid the ongoing debates of 'status quo' or 'rate hike', the RBI's outlook on the country's economy will be keenly watched tomorrow.