In fact, Jhunjhunwala who has suffered massive losses in six months of FY19, has actually managed to pull off a U-turn and transform his losses into profits in just one month's time. 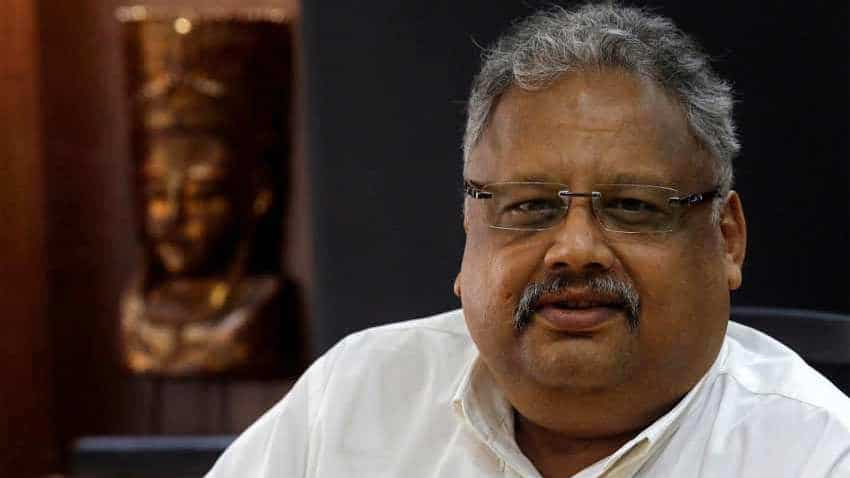 A shocking statement was made by the big bull of Dalal Street Rakesh Jhunjhunwala during the occasion of Diwali 2018 aka Samvat 2075. Jhunjhunwala in an interview said, he wants God to give him power to not earn money in 2019. Explaining the statement, the ace investor had added that, he wants to maintain the money he owns and use it for his health, children and for giving purposes. Clarifying further, Jhunjhunwala finally said, “I want to take a sabbatical from the market for one year." This was surprising after all Jhunjhunwala is the most successful investor on stock exchanges. Beginning from scratch and following his secret mantras of investing in equities, have made Jhunjhunwala a success story beyond compare in equities.

So, does Rakesh Jhunjhunwala saying that he does not want to earn in 2019, mean the stocks he holds will disappoint him and the investor community at large? Far from it! In fact, Jhunjhunwala who has suffered massive losses in six months of FY19, has actually managed to pull off a U-turn and transform his losses into profits in just one month's time. To be precise, Jhunjhunwala’s nearly 71% holding has given him good returns in just one month.

When the entire market was crumbling in September 2018 month, Rakesh Jhunjhunwala portfolio also melted under the heat and the result was that every stock that he held was trading in negative, especially the NBFC companies. Interestingly, it was then that Jhunjhunwala walked the talk and showed why he is a very unique investor. Hence, when other investors were in fear and panic mode over equities on Sensex and Nifty, the Warren Buffett of India made some key changes in his portfolio. Jhunjhunwala decreased his holding in a total of six stocks, on the similar lines he made investment in two new companies and increased his stake in some six favorite stocks.

TrendLyne.com, which tracks time-to-time performance of Jhunjhunwala’s holdings, revealed that definitely the new decisions made by Jhunjhunwala in July - September 2018 quarter, have started to generate benefits. Let’s see how much Jhunjhunwala is gaining now.!

A total 17 companies have given hefty returns to Jhunjhunwala in one month’s time. These companies account for 70.74% of Jhunjhunwala’s portfolio.

To begin with, it was NCC that has given Jhunjhunwala massive returns. The company has surged by 31.45% and is trading near Rs 88-mark. In NCC, Jhunjhunwala holds about 9.45% shares worth Rs 488.5 crore.

Second best performer would be Jhunjhunwala’s most wanted stock Titan Company, which has given about 16.94% returns and is trading near Rs 926-level. Titan is the highest gainer for Jhunjhunwala, as he holds massive amounts in the company. Currently, the ace investor has about 7.12% shares worth Rs 5,790.3 crore. In second quarter of FY19, Jhunjhunwala increased his holding in Titan by 0.06%.

Four companies among which are two new stocks of Jhunjhunwala who has given between 10% to below 14% return. In percentage terms, VIP Industries has surged by 13.13%, followed by Fortis Healthcare by 12.33%, Edelweiss Financial Services by 11.74% and SpiceJet by 10.37%.

Meanwhile, in SpiceJet, the investor has bought 7,500,000 equity shares which are worth Rs 54 crore. With this, Jhunjhunwala’s holding stands at 1.25% in the airline.

The performance was notable in Dewan which in September 2018 halved from its Rs 678 per piece mark and tumbled by 73.59% with an all-time low of Rs 179 in beginning of October month. Guess what! Jhunjhunwala has brought about 0.43% extra in NBFC-giant Dewan, taking his holding to 3.19% from previous 2.76%. He has now 1 crore shares in the company, which are worth Rs 225.3 crore.

Apart from this, Escort and Jubilant Life were also two companies where Jhunjhunwala increased his holding by 0.04% and 0.31% respectively. Now he holds about 8.16% in Escorts with shares worth Rs 659.7 crore and 1.57% in Jubilant with stocks worth Rs 182.1 crore.

It needs to be noted that Jhunjhunwala had removed money from Karur and Delta in September quarter, taking his holding down by 0.06% and 0.10% respectively.

Thereby, with only one month left for 2018 end, Jhunjhunwala is already sitting on a massive pile of crores even if he does not wish to earn anything in 2019. But surely, 2018 will not disappoint the Dalal Street king by the time it ends.