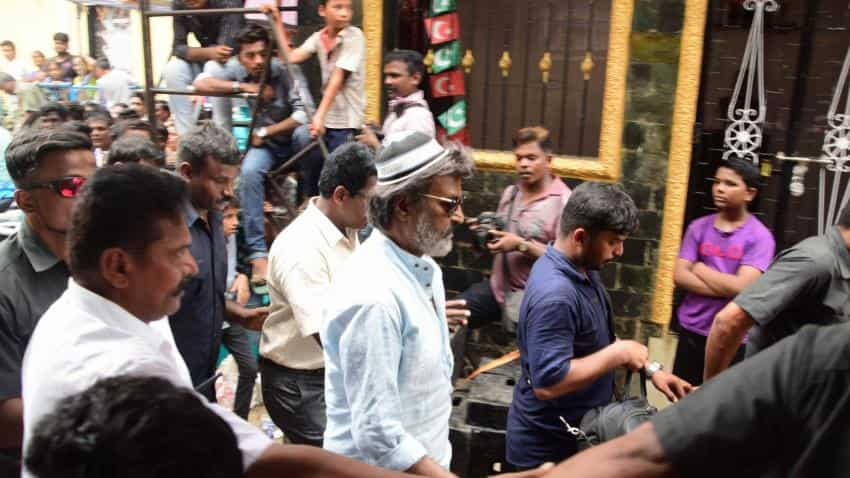 In an announcement that could dramatically alter political alignments in Tamil Nadu, superstar Rajinikanth today announced his political debut and said he will launch his own party which will contest all 234 constituencies in the next assembly polls in the state.

The announcement ends two decades of speculation over the entry of the actor, who enjoys cult status in Tamil cinema, in the political arena.

"I am joining politics and it is for sure," said the actor clad in a spotless white kurta and sporting a grey beard, amid thunderous applause from fans.

Batting for honesty in politics and good governance, he said, "everything needs to be changed" and declared that "spiritual politics" needs to be ushered in, sans shades of any caste or religion with transparency.

"This is my motto and desire," he said and appealed to people to support him in his venture adding it was not possible to do it alone.

During the era of kings, they plundered the countries of their enemies. However, in democracy, parties were plundering their own people and such a "system" needs to be changed democratically.

Dramatically, he asked for "volunteers," not cadres to see to it that those who prevent amenities and rights reaching the people are thwarted.

Asserting that he will not tolerate nepotism or under the table dealings, he said, "I want volunteers who will keep vigil and who will not go to any officials, ministers or MPs, or MLAs for selfish needs."

Such 'volunteers' should question whoever commit mistakes, Rajinikanth said adding he needed only such people for his party.

"I am only a representative of the people to monitor such vigilantes."

He said such a force of selfless volunteers who will act as not cadres but as 'vigilantes' was needed and it should be built.

The actor said the first task would be streamlining the existing registered and unregistered fan clubs across the State.

He appealed to his fans to bring all sections of people into the club so that it could transform into a party and "till then there is no need to indulge in political talk which includes me."

"Politics and democracy have gone pretty bad," he said and added the some political incidents in the past one year in Tamil Nadu has made every Tamilian hang his head in shame and people of all other States were "laughing at us."

The actor's remark is seen as a reference to the bitter infighting in the ruling AIADMK, allegations of rampant corruption, perceived political instability, and also the tax raids held at premises in the State including those linked to the ruling establishment, notably a Minister and his associates.

"If I do not take this decision now, the feeling of not having any effort to do good through democratic means to the Tamil people who gave me life will haunt me till my death," Rajinikanth said.

Stressing that he knew that launching a party, capturing power and governing was not an "ordinary thing," he said it was akin to extracting pearl from sea.

"This was possible only with the blessings of the God and full support of people," he said and expressed confidence that he will get both of it.

Quoting a shloka from Bhagawad Gita, which stresses the importance of doing one's duty and leaving the result to the Lord, he said "this is the compulsion of time."

"Engage in war, if you win you will rule the nation, if you die you will go to heaven. If you go without waging war, they will call you a coward," he said quoting the scripture amid thunderous applause.

Months after his long-time friend and fellow actor Kamal Haasan gave a clear indication of his political entry, Rajinikanth said he will launch a political party, which will contest all the 234 Assembly constituencies in Tamil Nadu.

Addressing his fans here on the valedictory of a six day long photo-session meet, he said contesting the local body polls was not possible in view of the short time.

Entering politics was not for name or fame, he said and wondered if he would hanker for power now at the age of 68, when he did not have it at the age of 45 when he voiced his first political message against late Chief Minister J Jayalalithaa.

"If hankering for power comes to me now am I not a fool?" he said and added it will also not suit his stature of a spiritually-oriented person.

In 1996, the actor had voiced his opposition against Jayalalithaa.

He said the party will be launched ahead of the Assembly elections at an appropriate time.

The policies of the party will be taken to the people at that time clearly outlining the policies what could be delivered and what not, he added.

He said truthfulness, hard work and growth will be the slogan of his party.

"Do good, speak and only good will happen," will be a guiding slogan, he said.

Praising his fans for their "discipline" he said anything could be achieved with it.

Asking if there has been too much of a waiting game, and speculation on if he will enter politics or not, he said with a laughter that he was not afraid of joining politics.

"I am not afraid of coming to politics, I am only afraid of the media, I am still a child, how I will feel," he said.

In a tweet in Tamil, Kamal Haasan welcomed his fellow actor's political entry.

2.0 Box Office Collection: This much money Rajnikanth, Akshay Kumar's movie may bag on opening day; is this movie a new Bahubali of India?