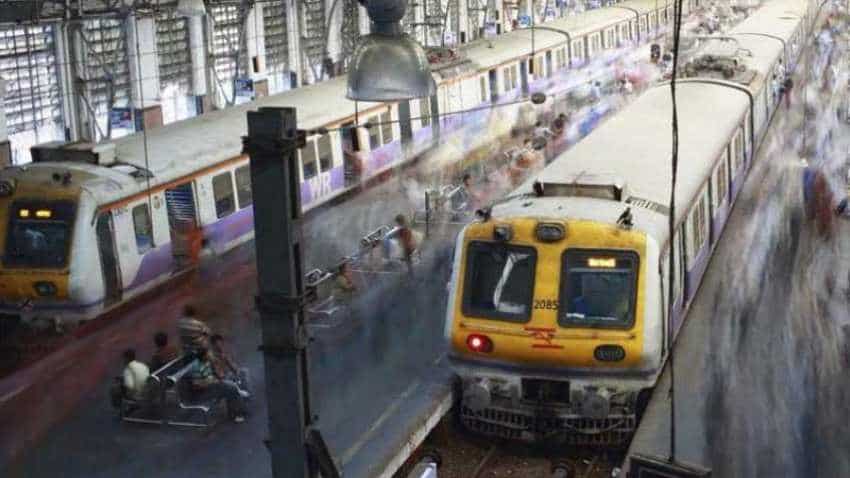 While the demand has been made to extend suburban trains to Pune and Nashik, located within 200 kms from Mumbai, officials have listed various challenges involved in achieving this goal. Image source: Reuters

Central Railway (CR) is hopeful to start conducting trial runs of EMU rakes on Mumbai-Pune and Mumbai-Nashik routes from next month, officials said Tuesday. The trials will be conducted to gauge the feasibility to operate these rakes as full-fledged local trains on these two sections which include steep gradients, they said. While the demand has been made to extend suburban trains to Pune and Nashik, located within 200 kms from Mumbai, officials have listed various challenges involved in achieving this goal.

"The trial run will witness many a firsts in the entire Indian railway network. For the first time, the EMU (Electrical Multiple Unit) rakes will be passing through the long-terrain of steep gradient in ghat sections," a CR official said. He said though CR's Mumbai division has received a rake from Chennai-based Integral Coach Factory (ICF), they need some technical and software modification.

"All these modifications are being carried out in one of the car sheds in Mumbai. When they get completed, the trials will start," the official said. He said at least one month is needed to complete this work which include obtaining safety approvals for operating the rakes in ghat sections. "Considering these factors, the trial runs could start only by fag end of March," he added.

On Mumbai to Pune route, the ghat section stretches from Karjat to Lonavala covering several hills and mountains upto 28 kms, while Mumbai-Nasik section includes hilly terrain of 16 kms from Kasara to Igatpuri. Another official said once the trials in ghat sections pass off without hiccups then the rakes fitted with automatic door closure system and lavatories will start plying between Kalyan and Nashik Road and Kalyan and Pune stations.

The Research, Standards and Designs Organisation (RDSO), the technical adviser to the Railway Board, has observed that suburban services can be operated to Nashik, if proper and extensive steps are taken to ensure safety of the passengers while train passes through ghat sections, he said. The official said a steep gradient poses a major challenge in ghat sections.

"We think Railways would need special train sets to operate services in these sections as the current EMU rakes may not be fit for the trial runs. We may need a banker attached with the rake permanently besides operating these local trains upto 200 kms could be another challenge," he said. A banker is a locomotive that assists in hauling a train up a steep gradient.

Listing another challenge, the official said the existing mail trains running between Mumbai-Pune and Mumbai-Nasik routes are not fully occupied because of comparatively slim traffic. Known as the busiest suburban railway system in the world, the Mumbai's suburban railway network operates 2342 services that carry around 80 lakh passengers every day.