Minister of State for Railways Suresh Angadi said, "With the opening of the third railway terminal here,  more long-distance passenger trains would be introduced from Bengaluru". 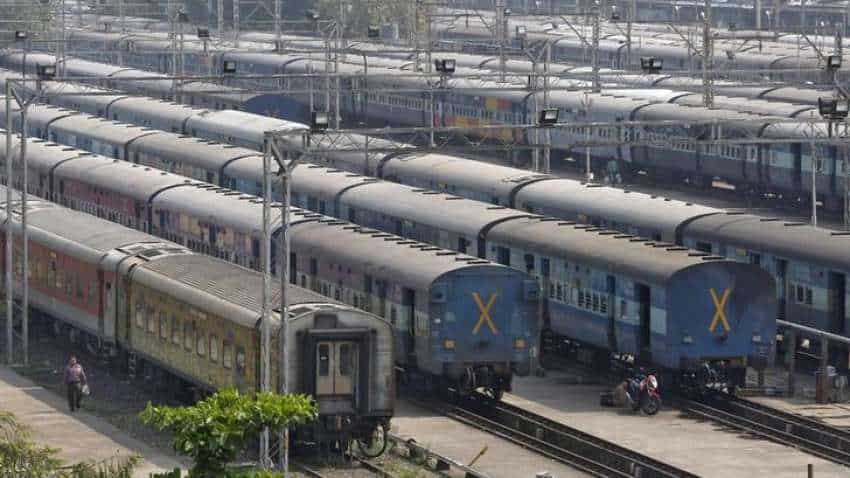 SWR will soon convert the Cantonment station in the city centre into fourth terminal. Photo:Reuters
Written By: IANS
RELATED NEWS

With the opening of the third railway terminal here soon, more long-distance passenger trains would be introduced from Bengaluru, Minister of State for Railways Suresh Angadi said on Thursday.

"I have directed the South Western Railways (SWR) to run more train services to and from Bengaluru once the third terminal in the city at Byappanahalli (in the eastern suburb) commences with 7 platforms," Angadi told reporters here.

With 10 platforms at the Bengaluru city terminal and 6 platforms at the Yeshvantpur terminal in the northern suburbs congested due to heavy traffic, the SWR will soon convert the Cantonment station in the city centre into fourth terminal.

"The two new terminals at Byappanahalli and Cantonment will enable us to decongest the Bengaluru city (Krantiveera Sangolli Rayanna station) and Yeshvantpur terminals through which 80 per cent of the traffic passes through daily," an official told IANS.

As the Bengaluru metro rail stations are located adjacent to Bengaluru city, Yeshvantpur and Byappanahalli railway stations, long-distance train passengers will be able to commute to their destinations across the city conveniently and faster.

"The proposed suburban passenger train service around the city will offer integrated transport service to the 11 million people of Bengaluru, which is the fastest growing metropolitan city in the country," said the official.

Karnataka Chief Minister B.S. Yediyurappa assured the railways of providing adequate funds in the budget for 2020-21 to speed up the pending rail projects across the southern state.

"The state government will jointly work with the railways to increase the rail network density in the state to provide safer and economical transport service to the people," he said after flagging off, by remote control, the by-weekly Shivamogga-Chennai Tatkal Express, connecting his home town in the Malnad region to the Tamil Nadu capital via Bengaluru.