A Railway Ministry official said a trial run of freight train on this newly completed section was done on Sunday in the presence of Anurag Sachan, MD. 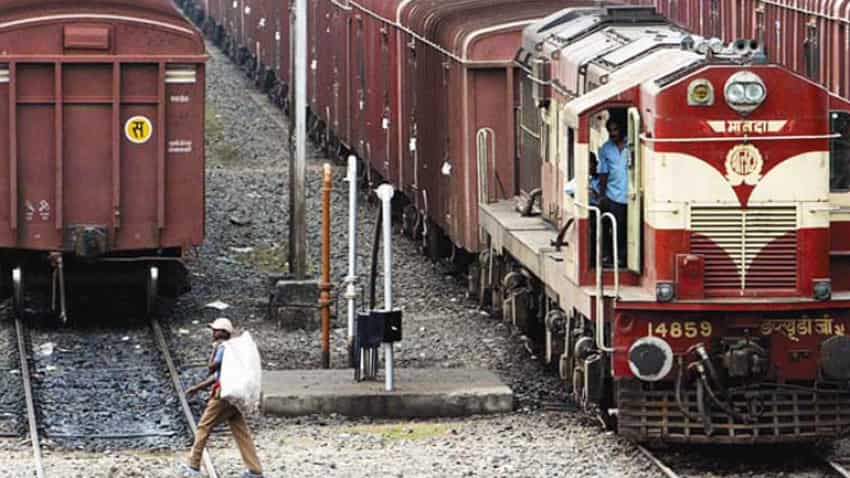 According to the official, railways is optimistic that the entire DFC would be fully electrified by the time of its commissioning in March 2020. Reuters
Written By: IANS
RELATED NEWS

New Delhi: The railways on Sunday said it has completed the 306-km section between Madar (Ajmer) in Rajasthan and Kishangarh (Rewari) in Haryana in the western segment.

A Railway Ministry official said a trial run of freight train on this newly completed section was done on Sunday in the presence of Anurag Sachan, MD.

Equipped for heavy-haul train operation with 25 tonne axle loads for the first time in the country, the section contains 15 major bridges and 271 minor bridges and 177 Road Under Bridges (RUB).

On November 30, the railways completed the 194-km section from Bhadan to Khurja in Uttar Pradesh of the Eastern Dedicated Freight Corridor (EDFC).

Freight trains on Dedicated Freight Corridor Corporation Limited (DFCCIL) will be capable for attaining speeds of 100 kmph as against the current maximum speed of 75 km/h on Indian Railway network.

Earlier in August this year, the railways opened the 190-km Ateli (Haryana)-Phulera (Rajasthan) section of the Western DFC earlier this year.

The 190-km section of the Ateli-Phulera on the Western DFC has 10 viaducts and major bridges, 127 minor bridges, one railway overbridge, 118 road under-bridges and six stations.

According to the official, railways is optimistic that the entire DFC would be fully electrified by the time of its commissioning in March 2020.

The Rs 81,459-crore project received the Union Cabinet`s green light in 2006 and has since missed several completion deadlines due to various reasons, including procedural wrangles, land acquisition, environment clearances and other related issues.

Passing through nine states and 60 districts, the project will have 48 stations and junctions along the Western DFC and 58 on the Eastern DFC.

While the Western DFC will cover 1,504 km from Jawaharlal Nehru Port Trust near Navi Mumbai to Dadri in Uttar Pradesh, traversing through Vadodara-Ahmedabad-Palanpur-Phulera-Rewari, the Eastern DFC covers 1,856 km from Ludhiana in Punjab to Dankuni, near Kolkata in West Bengal, and will traverse the states of Haryana, Uttar Pradesh, Bihar and Jharkhand.

The DFC, once completed, is expected to complement the future of the Indian economy with an increased number of freight trains in eastern and western sectors of the country.