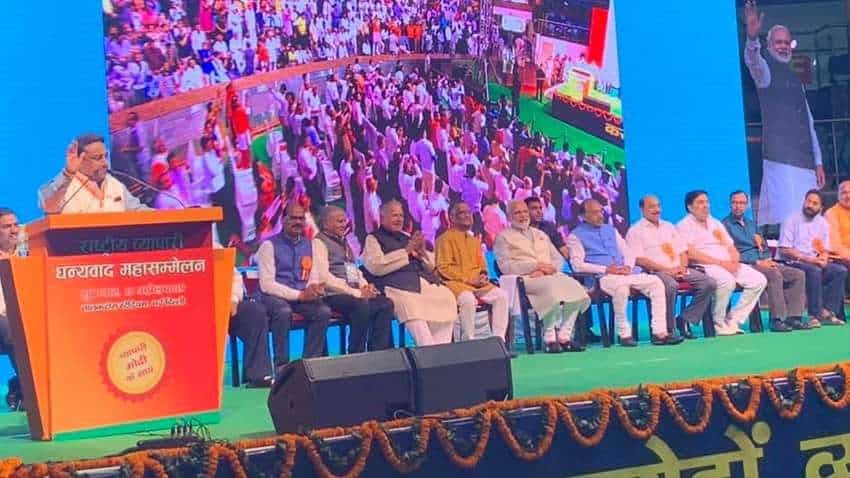 In a major development on occasion of the anniversary of Quit India Movement, the Confederation of all India Traders (CAIT) on Sunday launched a campaign 'China Quit India' to boycott Chinese goods, while its members held protests across 600 places across the country. The trader's body said there is an urgent need to check "China's growing footsteps in India and import of Chinese goods".

Adding a new dimension to its nationwide campaign "Bhartiya Saamaan-Hamara Abhimaan", CAIT said it has launched 'China Quit India' movement to boycott Chinese goods and "held a protest dharna at about 600 places in different states of the country."

Expressing concerns over Chinese investment in various Indian companies, start-ups and digital apps, CAIT said there is a need to take necessary action in this regard. It said that Chinese investments in government projects and various sensitive construction works should be put under government scanner.

On the 78th anniversary of Quit India Movement, it said people across the country had come together under the leadership of Mahatma Gandhi to protest against the British Raj. While releasing the agenda of the 'China Quit India campaign', CAIT Secretary General Praveen Khandelwal  urged the central government to carry out an all-round siege of China and its activities in India.

"Several Chinese companies have made large investments in Indian startups in sizable numbers, all such startups should be asked to exclude Chinese investors and the government should announce a lucrative policy to encourage Indian people to invest in these startups," he said.

Khandelwal also said that at least for the next three years, the provision of government's permission for any kind of business and industrial investment by China in India should be implemented immediately. He further said that the imports from China should be closely monitored and higher customs or anti-dumping duty should be imposed on the goods that are being dumped or are non-essential imports. PTI RSN