Elaborating on the precautionary measures taken by the government, the spokesperson said four battalions each of the Rapid Action Force and the Border Security Force, and 12,000 additional police personnel will remain on duty to maintain law and order. 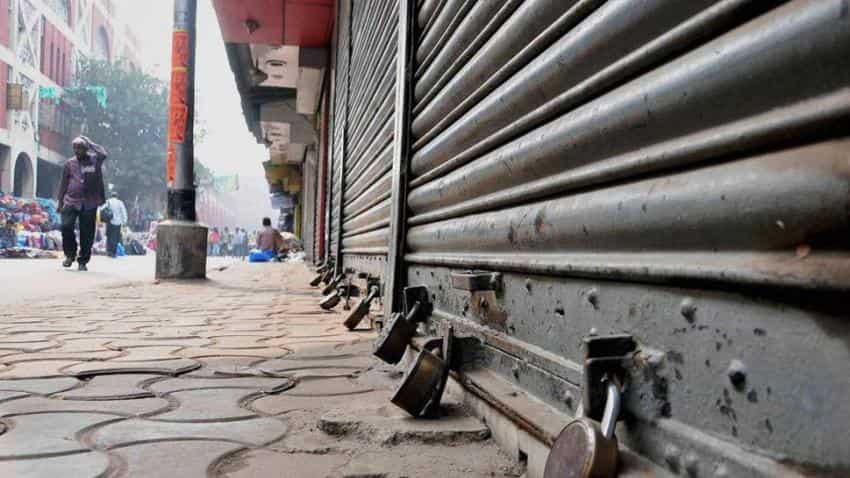 The government has also appointed special executive magistrates for the maintenance of law and order, up to April 3, in their respective districts under Section 21 of the CrPC. Representational image.Source: PTI
Written By: PTI
RELATED NEWS

In view of a bandh called by a number of Dalit organizations on Monday to protest the alleged dilution of the SC/ST Act, the Punjab government has ordered a security clampdown as a precautionary measure, while the Army and paramilitary forces have been asked to be on standby. Schools will remain shut and buses off the road too. A spokesperson of the Punjab government said mobile Internet services in the state will remain suspended from 5 pm today till 11 pm in a bid to check rumor mongering on social media.

All public and private transport will stay off the road during the bandh to prevent any untoward incident, the spokesperson said. The orders were issued after Chief Minister Amarinder Singh reviewed the security arrangements with top police and administration officials. It was followed by a video conference involving the Chief Secretary, deputy commissioners and other senior officials of all districts, the spokesperson said in a statement.

Security forces conducted flag marches at some places in the state on Sunday as a precautionary measure.

Elaborating on the precautionary measures taken by the government, the spokesperson said four battalions each of the Rapid Action Force and the Border Security Force, and 12,000 additional police personnel will remain on duty to maintain law and order. Buses run by the Pepsu Road Transport Corporation (PRTC), Punjab Roadways, PunBus, and private operators would remain off the road during the bandh, the spokesperson said.

Likewise, all government, non-government/private, aided and recognized schools would also remain shut. The final practical examinations of classes 10 and 12 of the Punjab School Education Board will be conducted on April 11 instead of April 2, according to the directions of the Education Department.

Asking security forces to deal with an iron hand any attempt to disturb peace and harmony in Punjab, the chief minister appealed to the organisations, which have called the bandh to protest the alleged dilution of the SC/ST (Prevention of Atrocities) Act, not to take the law into their own hands, obstruct transport movement or harass commuters.

The armed forces and the paramilitary will be on standby to render any assistance as needed, the spokesperson said, adding that the chief minister had directed the police to crackdown on anyone found trying to disrupt peace and harmony.

"Punjab being a key route for transportation of essential provisions to the armed forces at the borders, any disruption on the highways could seriously hamper the supply of the necessary supplies," he said.

The chief minister also appealed to the protestors to ensure that the mortal remains of the Iraq victims, which are expected to arrive in Amritsar, are allowed to be transported to their native villages without any impediment.

He also directed the Punjab Police to provide security for the same along the route -- from the airport to the respective native villages of the victims.

Noting that the central government had already announced its decision to file a review petition against the Supreme Court order diluting the provisions of the SC/SC Act, the chief minister said the SC/ST communities should defer their protest till a final decision on the petition.

Meanwhile, the Department of Home Affairs, Justice and Jails has through a notification authorized all district magistrates to "declare any place to be a special jail under the Punjab Jail Manual in view of the bandh call".

The government has also appointed special executive magistrates for the maintenance of law and order, up to April 3, in their respective districts under Section 21 of the CrPC.

The apex court had on March 20 diluted the provisions of the Act, in a bid to protect honest public servants discharging bona fide duties from being blackmailed with false cases under the Act.