Rajiv Nath, Forum Coordinator, Association of Indian Manufacturers of Medical Devices (AiMeD) speaks about the ways to promote India made medical devices, the impact of Indo-US trade war and healthcare cost of India during an interview with Zee Business. Excerpts: 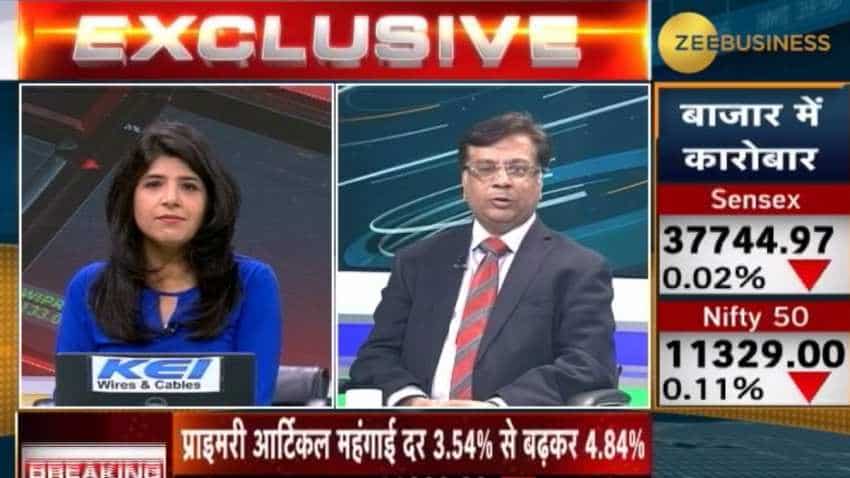 Rajiv Nath, Forum Coordinator, Association of Indian Manufacturers of Medical Devices (AiMeD) speaks about the ways to promote India made medical devices, the impact of Indo-US trade war and healthcare cost of India during an interview with Swati Khandelwal, Zee Business. Excerpts:

Q: India is Trump’s next target for trade war as he has signalled that he will take back the Generalized System of Preferences (GSP) status from India. Talk about the kind of impact that India-US trade war will have on the Indian healthcare industry?
A: It is not going to have any short-term impact on the healthcare industry at present. Interestingly, zero customs duty is slapped on the medical devices that are exported to the US and this is a reason that removal of the GSP will not have any impact on the healthcare sector. However, the withdrawal of the GSP benefits may impact things like carpets that is exported to the US. As far as the Indian is concerned, it will act as an opportunity for us in the Indian market if the American pressure due to the lobbying of MNCs goes down. Apart from this, the government will be able to brush-up the policies that have been put on a temporary hold. Besides, it will also facilitate the price controls to benefit the public and turn up to be advantageous for the competitiveness of the Indian industry. In short, it will help in improving the Indian healthcare sector.

Q: There is a great difference in the healthcare cost of India and the US. How you will bridge this healthcare gap between the two nations?
A: The healthcare cost in America is highest in the world however it is reasonable in the European countries like the UK and Germany, which are expensive nations. Unfortunately, the foreign advisors and consultants, who lobby for the MNCs, suggest a wrong healthcare model to the government. They are an expensive or high-cost model.
In fact, the American public is bearing with the high health care cost and insurance acts as a saviour for them, but it fails in doing so. Same goes in India as people think that the insurance model can rescue or allow them to bear with the high healthcare cost. But at the end of the day, the public is only paying the premiums for the insurance.

Q: If I talk about the concerns of the Indian Medical Devices Industry, then talk about your expectation from the government. In addition, 70-90 per cent of medical devices are imported to India despite ‘Make in India’ is in force. Suggest measures that should be adopted to reduce this import?
A: India imports medical devices of around Rs31,000 crore at present, 70-90 per cent as you said. There are three reasons behind this huge import bill and they are:

1. Customs Duty: India slaps a customs duty between 0-7.5 per cent on imported medical devices. Just reduce the import duty on cars, bicycles and mobile phones to 0 per cent to 7.50 per cent and see its impact on the industry. So, you are wrong if you are thinking to compete internationally with such low duty.  We are not demanding an import duty protection of 40-50 per cent, even import duty of 40 per cent is allowed by the WTO. We just want duty protection of 10-15 per cent. It will help in setting the industry.

2. Certification of Products: How a new manufacturer who is making a quality product will compete with the established brands at least when a doctor doesn’t have faith on the quality of the product as it is not regulated and is not certified/licensed by the regulator to prove that his product is safe in nature. For this, we along with the Quality Council of India have launched ICMED (Indian Certification for Medical Devices) scheme. It is the early days of the scheme, but it has been able to bring relief to the manufacturers. Approximately 10 certification bodies are issuing this certificate. In fact, 20-25 certificates have been issued and more 25 applications have been submitted for the purpose. The ICMED certificate will help in building confidence and trust in Indian medical devices.

3. Pricing: Consumers want to buy affordable medical devices and us manufacturers to want to supply the products at cheap costs. Who blocks the efforts in the middle? He is the retailer and the hospital who doesn’t give a choice to choose the brand to the consumer. Here comes the price control game. What happened when a price cap was put in place on the medical devices. There were people who said that the industry is against capping. We do not agree with the claim. In fact, it is a welcome step and we welcome price capping as well as trade margin rationalisation on import laddered price or ex-factory price. It will help in developing a level-playing field in the industry, promotes ethical marketing and brings relief to the consumer. It will also encourage ‘Make in India’ as well as ‘Made in India’.