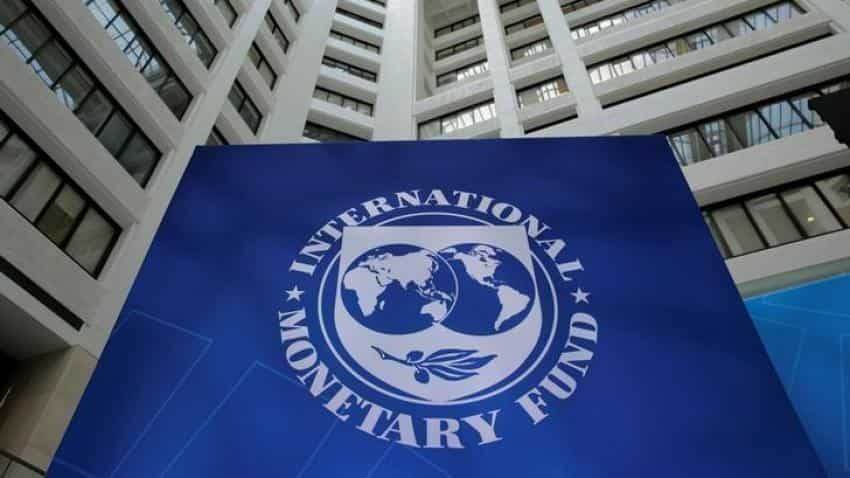 The International Monetary Fund (IMF) reaffirmed on Wednesday that India will be the fastest growing major economy in 2018, with a growth rate of 7.4% that rises to 7.8% in 2019 with medium-term prospects remaining positive. Image source: Reuters
Written By: IANS
RELATED NEWS

The International Monetary Fund (IMF) reaffirmed on Wednesday that India will be the fastest growing major economy in 2018, with a growth rate of 7.4 per cent that rises to 7.8 per cent in 2019 with medium-term prospects remaining positive. The IMF`s Asia and Pacific Regional Economic Outlook report said that India was recovering from the effects of demonetisation and the introduction of the Goods and Services Tax and "the recovery is expected to be underpinned by a rebound from transitory shocks as well as robust private consumption." Medium-term consumer price index inflation "is forecast to remain within but closer to the upper bound of the Reserve Bank of India`s inflation-targeting banda of four per cent with a plus or minus two per cent change, the report said.

However, it added a note of caution: "In India, given increased inflation pressure, monetary policy should maintain a tightening bias." It said the consumer price increase in 2017 was 3.6 per cent and projected it to be five per cent in 2018 and 2019. "The current account deficit in fiscal year 2017-18 is expected to widen somewhat but should remain modest, financed by robust foreign direct investment inflows," the report said.

Overall, the report said that Asia continues to be both the fastest-growing region in the world and the main engine of the world`s economy. The region contributes more than 60 per cent of global growth and three-quarters of this comes from India and China, which is expected to grow 6.6 per cent in 2018 and 6.4 per cent in 2019, it said. The report said that US President Donald Trump`s fiscal stimulus is expected to support Asia`s exports and investment.

The Asian region`s growth rate was expected to be 5.6 per cent for 2018 and 2019. However, in the medium term the report said that "downside risks dominate" for the region and these include a tightening of global financial conditions, a shift toward protectionist policies, and an increase in geopolitical tensions.

Because of these uncertainties the IMF urged the countries in the region to follow conservative policies "aimed at building buffers and increasing resilience" and push ahead with structural reforms.

"While mobile payments are expanding sharply in such economies as Bangladesh, India, and the Philippines, on average Asia is lagging sub-Saharan Africa," the IMF said, adding that the region should take steps to ensure it is able to reap the full benefits of increasing digitalisation in the global economy.