The rupee depreciation continued Wednesday, with the US dollar ending higher against the Indian rupee at 71.75/76 per dollar at the close of the Interbank Foreign Exchange (forex) market. 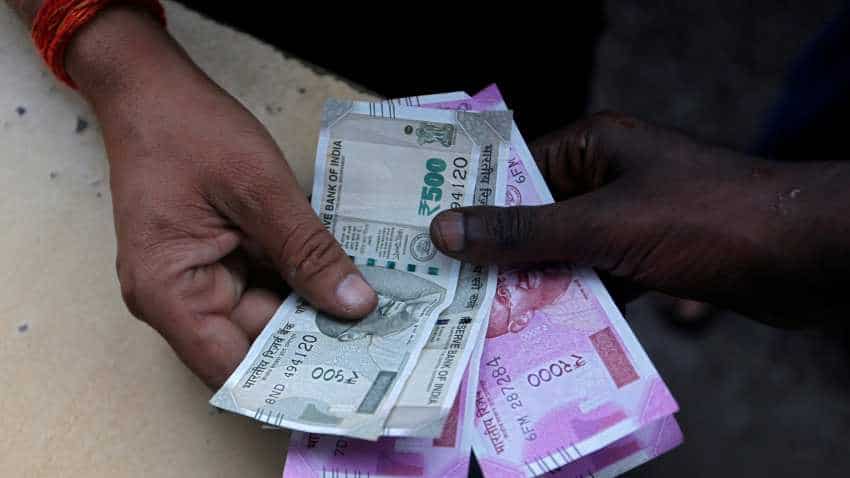 Flying abroad and spending in foreign countries for shopping or education will be costlier for Indians if the rupee doesn't strengthen against the dollar soon. Image: Reuters
Written By: Rajeev Kumar
RELATED NEWS

Stocks in Focus on April 9: Macrotech Developers IPO, Bharti Airtel, Coal India, Siemens to Infosys; here are the 5 Newsmakers of the Day

The rupee depreciation continued Wednesday, with the US dollar once against ending higher against the Indian rupee at 71.75/76. The declining rupee is likely to trigger price rise of scores of goods, including chocolates, gold, and fuel. Anuj Gupta, Deputy Vice President - Research (Commodities and Currencies), Angel Broking Limited, told Zeebiz.com that the declining rupee will badly hurt imports.

"Depreciation in Indian rupee badly hurts import, exports as well as all forex transactions. It impacts a lot in kind of Airfare, International Cargo freight, tour and travel industries, medical equipment, imported watches, imported vehicles and also chocolates." However, there could be a boost for some exporters. "Weaker rupee also gives a boost to rice exports, Cotton exports, Home furnishing exporters," said Gupta.

The prices of a number of important items that we use daily are expected to go up, if the rupee slide doesn't come to a halt. Some examples:

Falling rupee is set to hit gold import and set off gold price hike ahead of the festive season. India's gold import, which affects current account deficit (CAD) of the country, had increased by 22% to $33.65 billion in 2017-19, as per a commerce ministry data. On Wednesday, Gold prices increased by Rs 105 per 10 gram at the bullion market amid persistent buying by local jewelers.

Falling rupee will likely hit import, affect the price of edible oil in the market.

Petrol/diesel prices have been increasing for the last 10 day. It remained stable on Wednesday.  Rise in crude oil prices, falling rupee and high excise duties have contributed to the surge in fuel prices. If rupee slide continues, fuel prices may also continue to go high further.

Flying abroad and spending in foreign countries for shopping or education will be costlier for Indians if the rupee doesn't strengthen against the dollar soon.

Foreign phone makers are closely watching the behavior of rupee, with the price rise of smartphones likely on their radar. "The prices (of phones launched) do take into account the impact...The rupee is at about 71, it takes into account that. This is an introductory price with Diwali coming up. Post that (Diwali), we will evaluate," Xiaomi India Head (Category and online sales) Raghu Reddy told PTI.

Stocks in Focus on April 9: Macrotech Developers IPO, Bharti Airtel, Coal India, Siemens to Infosys; here are the 5 Newsmakers of the Day