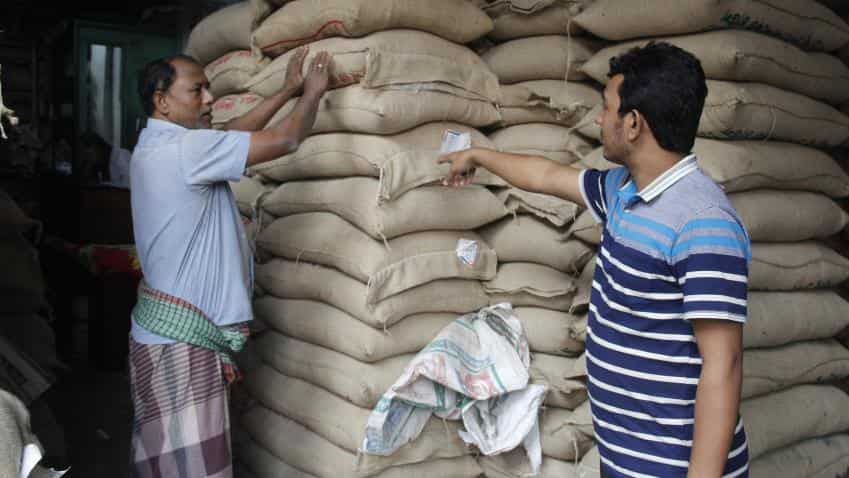 Weather forecaster India Meteorological Department (IMD) on Tuesday predicted that India will witness normal monsoon this year.  It said that monsoon rainfall may  be 96% of the normal with an error margin of 5% on either side.

Monsoon is considered to be very vital for Indian economy as agriculture still largely is dependent on the weather phenomenon.

Before IMD, private sector weather forecaster, Skymet had predicted India's monsoons for 2017 to be 'below normal'. 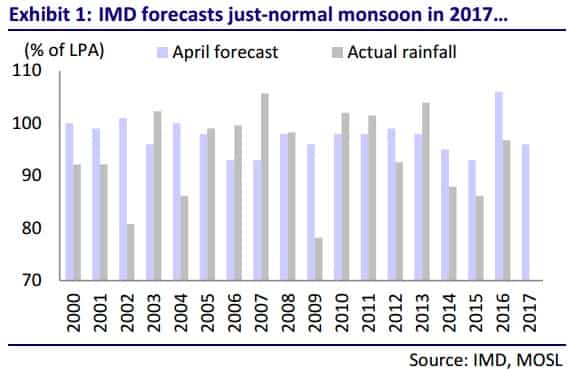 The main reason for that is better supply side management.

Nirmal Bang in its research report mentioned that the supply side management has improved in recent years, thereby limiting sharp increase in inflation despite below monsoon in the country.

Teresa John, Research Analyst (Economist), Nirmal Bang in the report titled 'IMD Forecasts Normal Monsoon, But El Nino Looms', said, "Prices of commodities such as cereals have been relatively benign despite a poor monsoon in the past two years, although the prices of pulses and sugar witnessed sharp swings."

As per the recently released data, India's Whole sale Price Index (WPI) inflation for the month of March stood at 5.7%. The country's WPI in the month of February 2017 stood at 6.6% as compared to 5.25% of January 2017 and negative 0.85% during the same month of previous year. 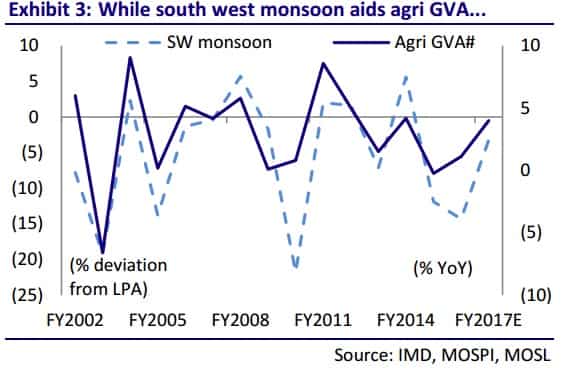 The above chart shows that inflation has come down despite 'below normal' monsoon.

This brings to another point that most of the experts' outlook states that RBI will not announce rates cut anytime soon.

As per the Nirmal Bang report, RBI will choose to accommodate supply shocks ‘within limits’ as long as it is confident that inflation will remain within its target range, and inflation expectations are not hampered.

"However, if inflation is expected to exceed its target, or high inflation expectations are likely to be entrenched because of food supply shocks, then the RBI may very well choose to increase key rates. But we see little need for RBI action as long as the government maintains its efforts on supply side management," John said.

According to a Motilal Oswal report, "While the forecast is not as optimistic as last year, the prediction of normal monsoon is a welcome sign, considering that agriculture in India is heavily dependent on rains and that June-September monsoon accounts for ~70% of annual rainfall. While good rainfall aids crop production and thus agricultural gross value added (GVA), there is no direct correlation of monsoon with food inflation," the report said.