The ruling Bharatiya Janata Party (BJP) is under fire for the release of new historical GDP figures that significantly downgraded growth during the years the opposition Congress party was in power, replacing old government estimates and those prepared by an independent committee. 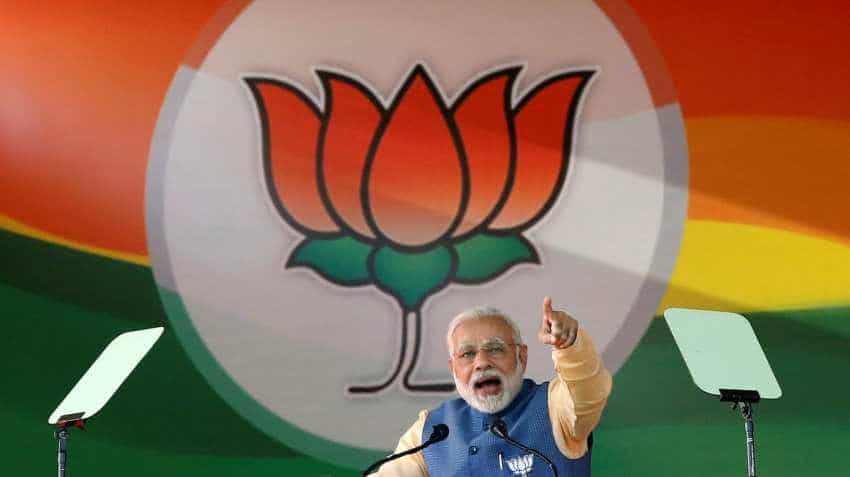 It may be the world`s sixth largest, but most other things about India's economy are up for debate. Image Source: Reuters
Written By: Reuters
RELATED NEWS

It may be the world`s sixth largest, but most other things about India's economy are up for debate. The ruling Bharatiya Janata Party (BJP) is under fire for the release of new historical GDP figures that significantly downgraded growth during the years the opposition Congress party was in power, replacing old government estimates and those prepared by an independent committee.

The figures, released by the government`s Central Statistics Office (CSO), showed growth in the 10 years of Congress rule to 2014 averaged 6.7 percent, below an average of 7.4 percent under the current government. A previous government estimate had growth under Congress at 7.8 percent.

India`s economy grew a weaker-than-expected 7.1 percent in the July-September quarter, from a more than two-year high of 8.2 percent in the previous quarter, government data showed on Friday.

Modi faces a general election next year, when the performance of the economy under his pro-business administration compared with the Congress era is likely to dominate campaigning.

The spat has also alarmed India`s top statisticians, who have long faced the difficult task of estimating growth and unemployment in an economy with hundreds of millions of informal workers, and dominated its financial press and political cartoons in recent days.

"The entire episode threatens to bring disrepute to India`s statistical services," said an editorial in Mint, one of the country`s leading business newspapers, on Friday.

A joke widely circulated on WhatsApp said the government would soon be reinterpreting the last cricket World Cup, in which India crashed out in the semi-finals, to say the country won based on a new methodology.

Unlike many major economies, India lacks an independent statistical body. An organisation called the National Statistics Commission (NSC) was formed in 2005 with that intention, though it is yet to be recognised as the official body for generating statistics.

Last year the NSC set up a committee, chaired by economist Sudipto Mundle, to come up with a new set of historical GDP figures. Its report, published in July, showed growth averaged 8.1 percent in the decade before the BJP took power.

After the figures were cheered by the Congress, the government issued a clarification saying the report "had not yet been finalised and various alternative methods are being explored". Shortly after, the report was pulled from the government`s website.

"The whole thing has unfortunately become very political," said Mundle, on the battle between the two parties. "It is very troubling."

Attempts to formalise the NSC`s role have been successively stonewalled by both Congress and the BJP, said N R Bhanumurthy, who sat on the committee chaired by Mundle. "They have not shown much interest in making it independent from our government," he said.

The debate over India`s true level of growth is the latest to frustrate economists looking to measure the performance of the country of 1.3 billion people.

India has not published its official employment survey since 2015, while a smaller quarterly survey on companies employing more than 10 workers has not been released since March while the government comes up with new methodology.