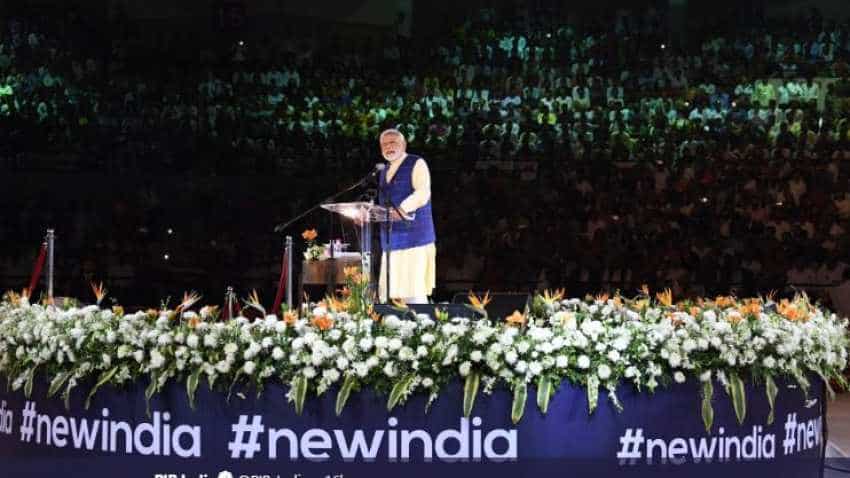 The government has set a target of one crore houses to be constructed in urban areas in the country over a period of seven years from 2015 to 2022. Image: PIB
Written By: Agencies
RELATED NEWS

Prime Minister Narendra Modi-led Union government has approved the construction of nearly four lakh affordable houses under the Pradhan Mantri Awas Yojana (Urban), taking the total number to about 72.5 lakh, an official said Wednesday. Union Housing and Urban Affairs Secretary Durga Shanker Mishra said the mission is well on its way of achieving the target of one crore homes for urban areas in the country. The PMAY(U), launched by Prime Minister Narendra Modi in June 2015, aims to ensure "Housing for all by 2022"

According to Mishra, Andhra Pradesh and Uttar Pradesh have been sanctioned nearly one lakh houses each. The PMAY (U) is going "steady and strong" every month, he said.

The approval was given at a meeting of the central sanctioning and monitoring committee (CSMC) of the PMAY (U) on Wednesday.

"With nearly 4 lakh homes sanctioned at the 42nd CSMC today, the total number of homes sanctioned under this flagship mission with the vision of providing a home to every Indian has crossed 72.5 lakhs," Mishra tweeted.

The government has set a target of one crore houses to be constructed in urban areas in the country over a period of seven years from 2015 to 2022.