Prime Minister dedicated most of his over 30 minutes speech in emphasising how his government in merely four years has ushered in all-round progress and put India in world reckoning. 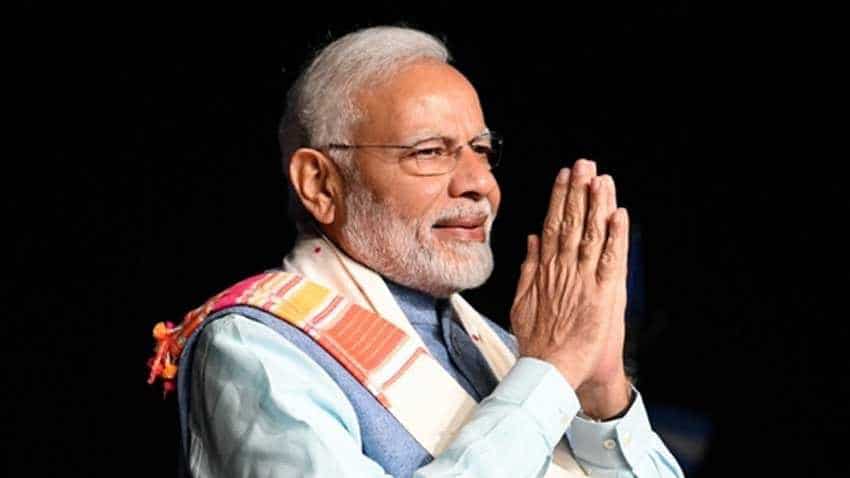 Can you imagine that Mizoram, Meghalaya and Tripura were not on the railways map before we came to power, said PM Modi.
Written By: IANS
RELATED NEWS

NEW DELHI: Claiming that India has witnessed unprecedented growth and development under his tenure, Prime Minister Narendra Modi on Friday blamed the "lack of intent" of previous governments making the nation lag behind in all aspects until the BJP came to power in 2014.

"The fundamental question to be asked is why India, even 67 years of independence, continued to be underdeveloped?

"Eminent personalities ruled the country and went away but Indians yearned for even the basic of services. For over six decades, the issues faced by the masses were never resolved, why?

"Despite skilled human resources and abundant natural resources the country was far from developed. The reason was not lack of resources but lack of intent, lack of compassion, lack of work culture," said Modi.

Modi was addressing the 75th anniversary of Hindi daily "Dainik Jagran" here, during which besides, crediting the media for playing a major role in nation building, the Prime Minister dedicated most of his over 30 minutes speech in emphasising how his government in merely four years has ushered in all-round progress and put India in world reckoning.

In an obvious reference to the Congress, which ruled the country for nearly six decades, Modi said the previous governments never intended to work for the masses for the sake of their "politics of vote-bank and appeasement".

Enumerating his government`s various schemes and projects and informing how the country has seen "unprecedented progress" in all fields, Modi said: "If the previous governments had done all this work, then how would they have pursued the politics of vote-bank, their politics of appeasement".

"Can you imagine that Mizoram, Meghalaya and Tripura were not on the railways map before we came to power."

"If the intention and the work culture that exists now, if it existed earlier, one can only imagine the progress the country could have made," said Modi.

"To question the system is not only the media`s responsibility but also its right and I welcome it," he said praising the media for its role in strengthening the process of nation building.

Farmers continue to converge on Delhi borders to join protest against farm laws; Security stepped up

With vaccines within reach, U.S. braces for post-Thanksgiving coronavirus surge