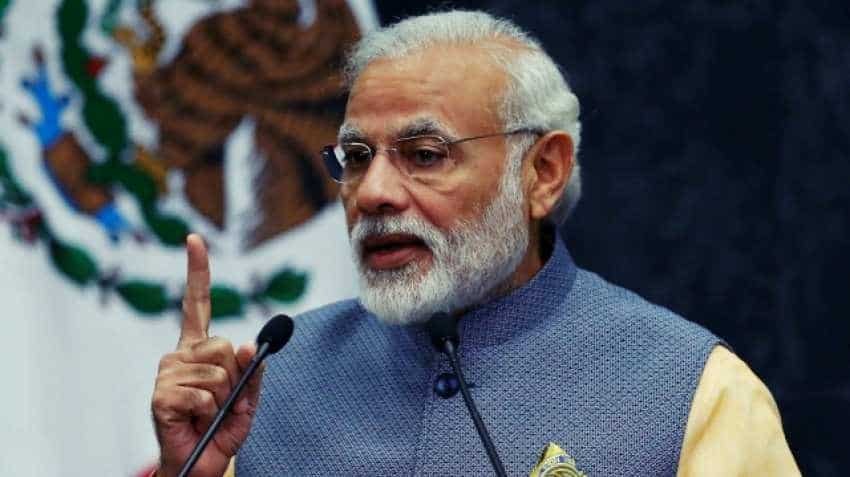 Prime Minister Narendra Modi will inaugurate two major national highways and an inland waterways project at his parliamentary constituency, Varanasi, on Monday. The two roads have a combined length of 34 km and have been laid at a cost of Rs 1,571.95 crore.

The Babatpur Airport Highway will link Varanasi to the airport and go on to link Jaunpur, Sultanpur and Lucknow. With the flyover at Harhua and a road over bridge (ROB) at Tarna, the new road plan will reduce travel time from Varanasi to the airport, providing relief to the locals and tourists coming here, the statement said.

The Ring Road, with two ROBs and a flyover, is expected to reduce traffic, fuel usage and pollution on NH 56 (Lucknow-Varanasi), NH 233 (Azamgarh-Varanasi), NH 29 (Gorakhpur-Varanasi) and Ayodhya?Varanasi highway, the statement said. Further the ring road is expected to provide smooth road access to Sarnath, a renowned Buddhist pilgrimage site.

On the day, at a separate event, the prime minister will inaugurate the first multi-modal waterways terminal on the Ganga river as part of the Centre's Jal Marg Vikas Project which aims to develop the stretch of the river between Varanasi and Haldia for navigation of large vessels weighing up to 1,500 to 2,000 tonnes, an official statement said.

The objective of the project is to promote inland waterways as a cheap and environment-friendly means of transportation, especially for cargo movement. The Inland Waterways Authority of India (IWAI) is the project implementing agency.

National Waterway-1 (Haldia-Varanasi stretch) is being developed with technical assistance and investment support from the World Bank. The total estimated cost of the project is Rs 5,369.18 crore, which will be shared between the Government of India and the World Bank on a 50:50 ratio.

Operation, management and further development of the terminal is proposed to be entrusted to an operator on public-private partnership model and selection of the operator through an international competitive bidding is at an advanced stage and is expected to be completed by December, an official statement said.

The multi-modal terminal project and proposed freight village in Varanasi are expected to generate 500 direct employment and more than 2,000 indirect employment opportunities. Later in the day, the PM will receive India's first container vessel that sailed from Kolkata on inland waterways on October 30, carrying cargo belonging to PEPSICO (India).

Modi will be accompanied by UP Governor Ram Naik, Union Minister for Road Transport and Highways, Shipping, Water Resources, River Development and Ganga Rejuvenation Nitin Gadkari and UP Chief Minister Yogi Adityanath at the function.