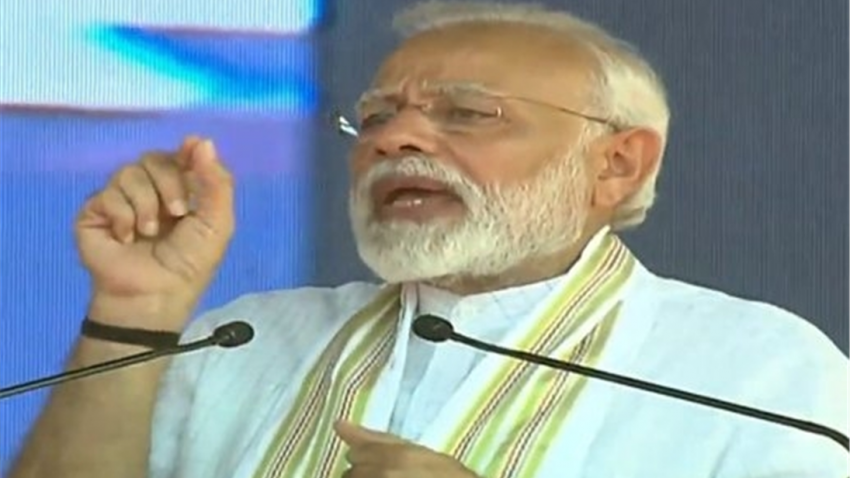 Prime Minister Narendra Modi on Sunday launched new projects and inaugurated completed projects in Tamil Nadu from Tiruppur. In his first visit to Tamil Nadu after the presentation of the Interim Budget for 2019-20, Modi launched and inaugurated the projects at a brief function held in Perumanallur village in Tiruppur district. Tiruppur is about 470 km from Chennai and is a major export centre for knitted garments.

Modi laid the foundation stone of a 100-bed Employees State Insurance Corp (ESIC) health facility here. The hospital will cater to the needs of over 100,000 workers and their family members in the hosiery town and nearby areas covered under the ESI Act. The Prime Minister also laid the foundation stones for a new integrated building at Trichy Airport and modernization of Chennai airport via video conference.

The pipeline, built with enhanced safety features, will ensure reliable supply of crude oil and will cater to the needs of Tamil Nadu and neighbouring states. In addition, passenger service on the 10-km section of the Chennai Metro Rail -- AG-DMS Metro station to Washermenpet Metro station -- was flagged off by Modi.

Earlier, Modi arrived at Coimbatore airport from Andhra Pradesh. He was received by Governor Banwarilal Purohit. From Coimbatore, Modi flew down to Tiruppur in a helicopter. Meanwhile, protesting against Modi`s Tiruppur visit, MDMK cadres led by party leader Vaiko held a black flag protest near the railway station here.

MDMK cadres attacked a woman who shouted in support of Modi and the Bharatiya Janata Party (BJP). Members of fringe organisations held protest against Modi`s visit and they they also flew black balloons and shouted "Go back Modi". Vaiko and his supporters were detained by police.