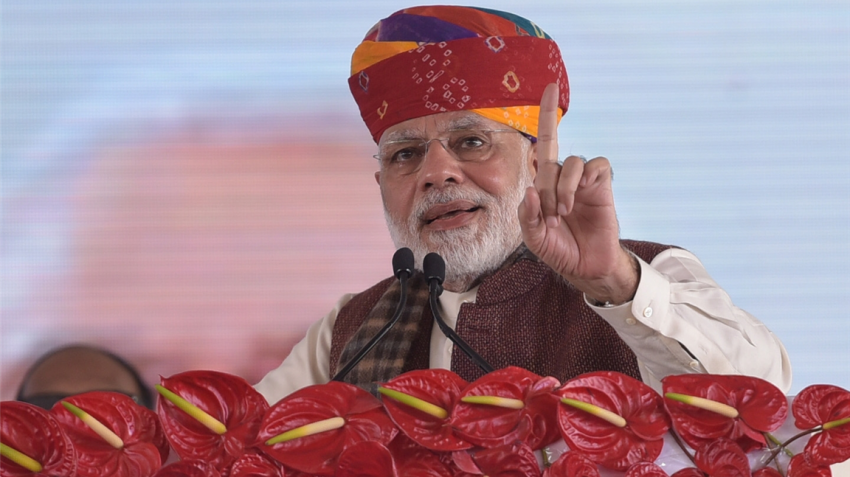 Indian Prime Minister Narendra Modi on Tuesday launched the construction of a $6.8 billion refinery in the western state of Rajasthan, hopeful to lift national capacity to meet the surge in fuel demand.

By 2030, India`s demand for petrol and diesel is expected to go up by two-thirds to 170 billion litres, as an expanding middle class spends on cars and air travel.

The 180,000-barrel-per-day refinery and petrochemical project in the state bordering Pakistan is being built by the country`s third-biggest state refiner Hindustan Petroleum Corp Ltd (HPCL) in a tie-up with the state government.

The foundation stone for the project was first laid in September 2013 by the then ruling Congress Party chief Sonia Gandhi. However, the project remained a non-starter as the state government had not given adequate incentives.

The project is now estimated to be completed by 2022-23, Oil Minister Dharmendra Pradhan said.

Modi said the project will create employment for thousands of people in Rajasthan which elects a new state assembly in December.

To make the project viable, the state government has offered an interest-free loan of 168.45 billion rupees ($2.63 billion) to HPCL to be paid back in 15 years from the commissioning of the project, Pradhan added.

Energy analysts are, however, skeptical about the project`s profitability in a land-locked desert state.

The Rajasthan refinery will have to bear the crude transportation costs as well as deal with water scarcity, said a senior executive at a private refiner who requested anonymity, citing company policy.

Pradhan said underground water will be drilled in the region and will be desalinated and used in the refinery. A senior HPCL official said a water pipeline is being considered.

Rajasthan accounts for a meagre 1.07 percent of water resources in the country, according to official data.

Pradhan said the Rajasthan refinery will buy about 50,000 bpd oil from the nearby oilfield operated by Cairn India Ltd, a unit of Vedanta Resources.

However, a senior HPCL executive said his company prefers to fully operate the refinery on Vedanta`s oil to cut transportation costs.

"The ability to process imported crude oil, commonly known as `swing capacity`, will also be built," he explained.