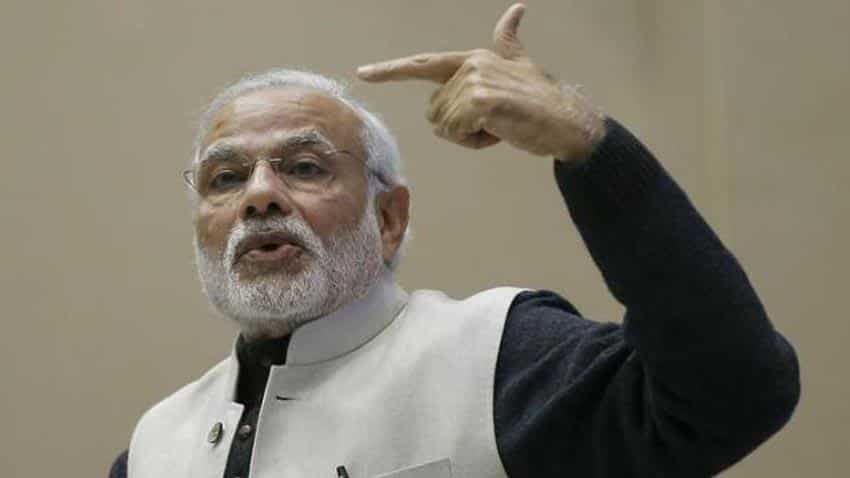 Expecting the long-pending GST bill to get passed this year, Prime Minister Narendra Modi has said any efforts to amend this law at central level are "over now" and it is up to individual states to pursue any changes.

Modi also hit out at critics who accuse him of failing to pursue "big bang" measures to revamp the Indian economy, saying his government has undertaken maximum reforms since coming to power in May 2014.

He said that many of the changes he has put in place would have been regarded by previous administrations as difficult to implement, but now that he has done them, to his critics they no longer qualify as "big bang".

"I have actually undertaken the maximum reforms," Modi told The Wall Street Journal in an interview ahead of his visit to the US next month at the invitation of President Barack Obama.

Responding to a question on Goods and Services Tax (GST) bill, Modi said he expects the legislation to pass this year.

He said the efforts to amend the law at the federal level were "over now" and it is now up to individual states to pursue changes.

The GST bill, which has been approved by Lok Sabha, is pending in Rajya Sabha because of stiff resistance from Congress, the largest party in the House.

The government has been insisting that most of the parties, except Congress, are in favour of GST, which will bring about a uniform indirect taxation regime in the country.

Modi said he would look to states to further liberalise the country's rigid labour laws, the daily reported.

"When I came to the government, I used to sit down with all the experts and ask them to define for me what is the 'big bang' for them," he said, adding "Nobody could tell me." But at the same time, he was quick to add that there was a need to do more.

"I have an enormous task ahead for myself," Modi said in Hindi.

The Prime Minister said after coming to power his government had opened up more of the economy to foreign investment and made changes to curb corruption, fill gaps in rural infrastructure and make it easier to do business.

The Prime Minister also underscored the importance of public sector undertakings in the country.

"In any developing country in the world, both the public sector and the private sector have a very important role to play. You can't suddenly get rid of the public sector, nor should you," Modi said.

The Prime Minister stressed on the defence manufacturing sector to not only cut down on imports but also to generate employment.

"As far as defence is concerned, certainly India wants to go ahead in defence manufacturing because we have a lot of defence imports," he said.

On foreign policy, Modi said his government wants to build a very close relationship with neighbours for which he is taking personal initiatives.

"You know that the day my government came to power, it was my initiative to invite the heads of State, of all SAARC countries for my swearing in ceremony. Even before I became Prime Minister, I made my intentions clear that we want to build a very close relationship with all our neighbours," Modi said.

"The development that I desire for India, I want the same for our neighbours. And this is why I visited Lahore recently. So this (improving relationship with neighbours) is my own initiative," Modi said responding to a question on ties with neighbours, in particular, Pakistan. The Prime Minister also spoke about terrorism. "Yes, terrorism is a concern for the whole world. We can't compromise on terrorism, nor should we. Wherever there is terrorism in the world, we stand against it," Modi said in response to the question.

About his US visit next month and his relations with Obama, Modi said, "We have also developed a kind of friendship where we speak freely with each other."

Modi and Obama are scheduled to meet at the White House on June 7.

Modi, who has spent a considerable part of his time in meeting world leaders and building relationships with them, feels that India is no longer standing in a corner and is confident of New Delhi's rising position on the global stage.

"Today, unlike before, India is not standing in a corner," Modi said.

He also downplayed any friction with China, pointing to increasing trade and diplomatic exchanges between the two nations.