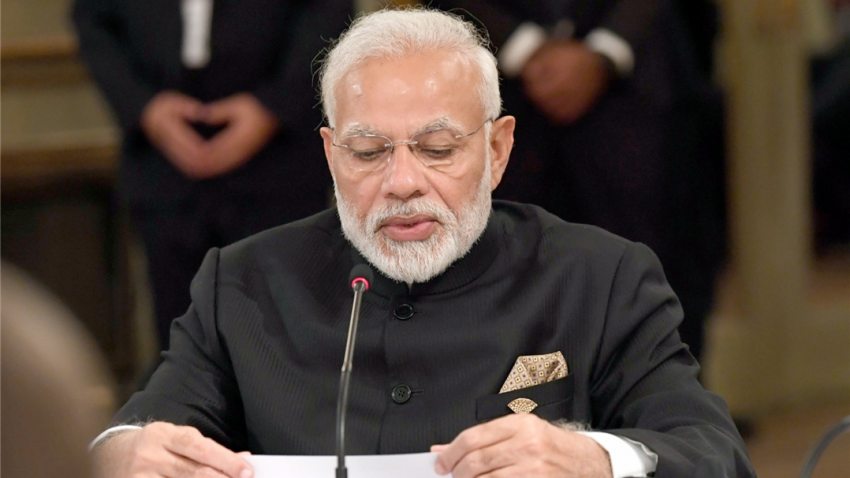 The two leaders met on the sidelines of the G-20 Summit in Buenos Aires, Argentina on Thursday night. Image Source: IANS
Written By: PTI
RELATED NEWS

Prime Minister Narendra Modi and UN chief Antonio Guterres held discussions about climate change and India's support for the Paris Climate Agreement on the sidelines of the G-20 Summit.

The two leaders met on the sidelines of the G-20 Summit in Buenos Aires, Argentina on Thursday night.

He said Guterres thanked Modi for his commitment to increase India's nationally determined contributions to the Paris Agreement.

"Thank you @narendramodi for your commitment to tackle climate change and for your support for the Paris Agreement. It was a pleasure to see you again. #G20," Guterres said in a tweet.

As part of the Paris Climate Agreement, India has targeted to reduce its greenhouse gas emissions up to 35 per cent by 2030.

Modi said in a tweet that he had an "excellent meeting" with Guterres and there were wide-ranging deliberations on various global issues.

"We talked about mitigating climate change and India's efforts in this regard through initiatives like the International Solar Alliance (ISA)," Modi said in the tweet, referring to the global alliance formally launched jointly by India and France.

The ISA is a treaty based inter-governmental alliance of 121 sunshine-rich countries that lie fully or partially between the Tropics of Cancer and Capricorn.