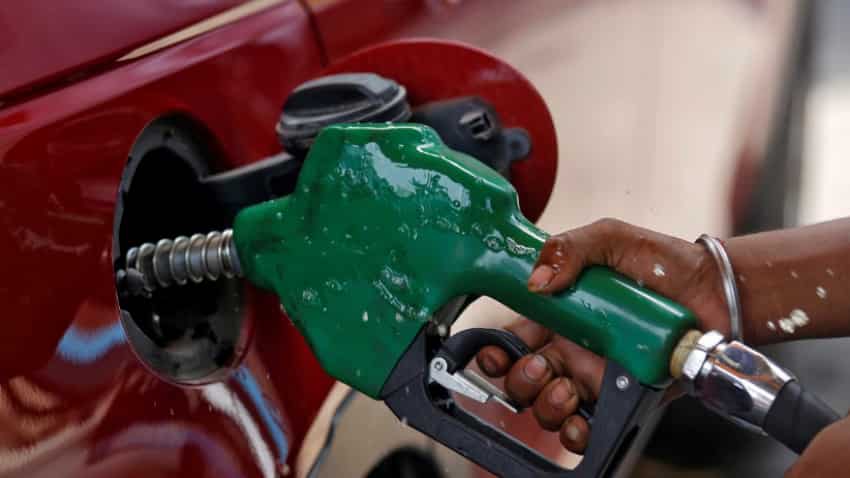 Petrol and diesel prices have increased by more than Rs 2 per litre each during January. Image source: Reuters

Transport fuel rates were hiked sharply on Sunday as global crude oil rates continued to climb handsomely following the implementation of output cuts by global oil producers from January 1. State-run oil marketing companies increased petrol rates by 23 paise per litre while diesel prices went up by 29-31 paise across the four major metros, making it among the sharpest hikes ever since rates had been rising this month following a prolonged period of fall.

Petrol and diesel prices have increased by more than Rs 2 per litre each during January. As per data from Indian Oil Corp, petrol price in Delhi was increased to Rs 70.95 per litre on Sunday while in Kolkata, Mumbai and Chennai the fuel cost Rs 73.05, Rs 76.58 and Rs 73.65 respectively.

Similarly, the price of diesel went up on Sunday in the national capital to Rs 65.45 per litre.

In Kolkata, Mumbai and Chennai, diesel sold at Rs 67.23, Rs 68.53 and Rs 69.14 a litre respectively. With petroleum products being outside the GST regime, prices vary as a result of local taxes.

As per the country`s dynamic pricing mechanism, the domestic fuel prices depend upon international fuel prices on a 15-day average and the value of the rupee.

Following the implementation of production cuts by the Organisation of Petroleum Exporting Countries (OPEC) and non-OPEC producers, global crude rates have been hardening and the UK Brent crude closed over the weekend at over $62 a barrel after having fallen below $50 last month.