Petrol, diesel prices can be slashed by up to Rs 4.60/L: Analysts

Petrol, diesel price cut: States are sitting on a revenue windfall arising from higher fuel prices and have the cushion to follow the Centre's call on price cuts without impacting their revenue arithmetic, say analysts. 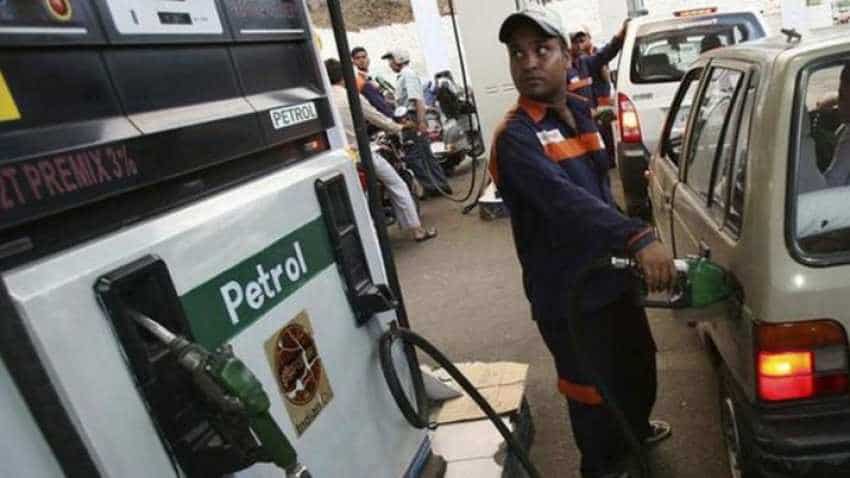 Petrol, diesel price cut: States are sitting on a revenue windfall arising from higher fuel prices and have the cushion to follow the Centre's call on price cuts. Image source: PTI
Written By: PTI
RELATED NEWS

Petrol, diesel price cut: States are sitting on a revenue windfall arising from higher fuel prices and have the cushion to follow the Centre's call on price cuts without impacting their revenue arithmetic, say analysts.

The move to cut prices and make oil marketeers pay up Re 1 for every litre is, however, negative for the oil marketing companies, they said.

"States can reduce petrol prices by Rs 4.60 a litre and diesel by Rs 3.30 on an average without affecting their revenue arithmetic," SBI Research said in a note after the Centre announced a Rs 1.5 a liter cut on excise duty and asked the oil companies to offer a Re 1 cut on both the fuels.

Last month SBI Research had said that states would netting over Rs 23,700 crore in revenue windfall when the crude was below USD 71 a barrel and the rupee was trading at 71 to a dollar.

Interestingly, Maharashtra, which is among the first state to reduce value added tax (VAT) on the fuels, said it will have a Rs 2,250 crore impact on the state government finances for the full year. Maharashtra charges the highest VAT at 39.13 per cent, making the state costliest.

Earlier in the day, the Centre announced a Rs 2.50 a litre cut in petrol and diesel prices by reducing excise duty and asked PSU oil firms to take a hit of Rs 9,000 crore or Re 1 reduction in each fuel, a step that was matched by major BJP-ruled states by slashing VAT so as to double the reduction in retail rates.

SBI Research said the states are sitting over a Rs 13,000 crore bonanza due to the elevated fuel prices based on current level of crude.

He said this may cause reverses of up to Rs 7,200 crore to their profits, calling the price cut as a credit negative for the sector.

"This would impact the morale of private fuel retailers who were aggressively expanding their retail network...The reversal of auto fuels price deregulation policy will hit the investor sentiment in the sector," he said.

It can be noted that within minutes of finance minister Arun Jaitley announcing the decision, there was a massive correction in the OMC stocks which is reported to have shaved-off Rs 39,000 crore in valuation, after a fall of 12 per cent in their stocks.

India Ratings chief economist Devendra Pant said the price cut by the Centre will ease headline inflation by 0.09 per cent, while a similar move by the states can take reduce it by an additional 0.16 per cent.