Pump owners further said they are suffering losses as vehicles and industries that require fuel cross over to Chandigarh-based fuel pumps to meet their petrol and diesel requirements. 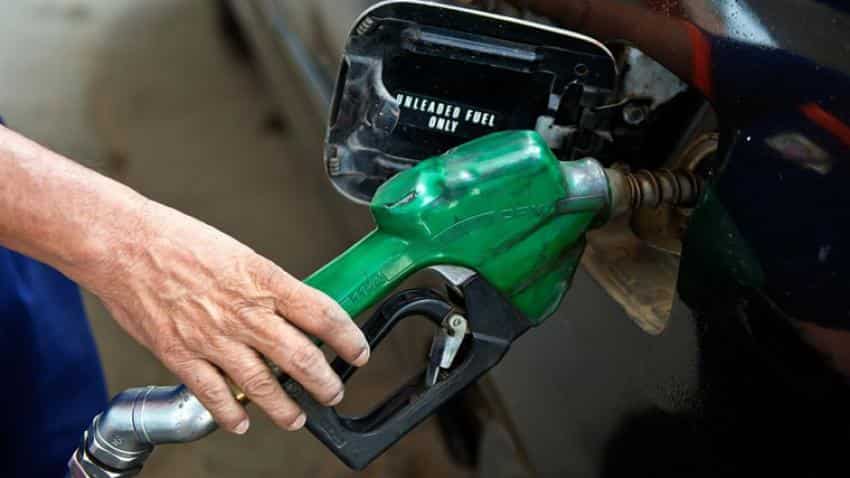 Fuel pump owners in Punjab today sought reduction in taxes on petrol and diesel, alleging that higher retail prices in the state have led to smuggling of fuel from Chandigarh, where rates are comparatively lower.  Pump owners further said they are suffering losses as vehicles and industries that require fuel cross over to Chandigarh-based fuel pumps to meet their petrol and diesel requirements.

Petrol price in Punjab has touched Rs 82.37 per litre which is around Rs 8 per litre costlier than what is in Chandigarh.

Similarly, diesel price, which is ruling at Rs 68.70 a litre in Punjab, is over Rs 2 per litre costlier than that in Chandigarh.

"With the price of fuel soaring frequently, the business of petroleum products has been affected adversely," said Ashwinder Mongia, member of Petrol Pump Dealers' Association of Punjab, here.

"With the record rise in retail prices, the rampant smuggling of fuel is taking place. Be it car owners or industry which requires fuel, all of them have switched over to Chandigarh-based fuel pumps," he further said.

"You can check the fuel pumps at Chandigarh and you will find 90 per cent of vehicles belong to either Punjab or Haryana," he said.

The disparity in petrol and diesel prices has particularly hit the businesses of petrol pump owners in the border districts of Sangrur, Patiala, Bathinda, Gurdaspur, Mohali, Fathegarh Sahib, Ropar, Hoshiarpur, Gurdaspur and Mansa.

Mohali has been the worst affected as it borders Chandigarh, where petrol is much cheaper.

At present, tax rates on petrol and diesel in Punjab are about 36 per cent and 17.22 per cent, respectively.

However, tax rate on petrol and diesel in Chandigarh stand at about 19.65 and 11.65 per cent, respectively, he said.

"We have given memorandum to the Punjab Finance Minister Manpreet Badal for reduction in VAT. But nothing has been done yet," said Mongia, who has a fuel pump in Mohali.