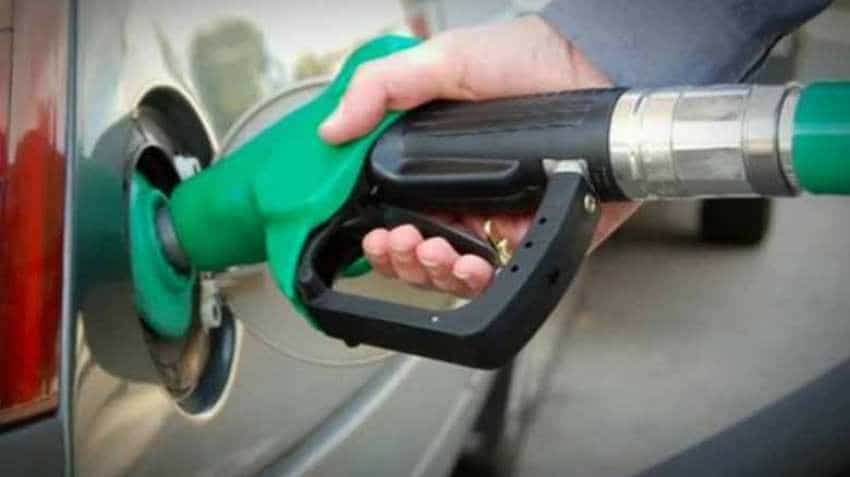 Maharashtra, reduced VAT only on petrol and not on diesel, Image source: PTI
Written By: PTI
RELATED NEWS

The government had Thursday cut excise duty on petrol and diesel by Rs 1.50 per litre each and asked state-owned oil marketing companies to absorb another Re 1 so that retail prices come down by Rs 2.50 per litre.

"We welcome the government move. It is a positive development and was needed to provide relief to consumers," Anand told reporters here.

BJP-ruled states matched the Thursday's announcement with a similar reduction in local sales tax or VAT.

Jammu and Kashmir, which is under governor's rule, too reduced tax on the two fuel.

Maharashtra, however, reduced VAT only on petrol and not on diesel.

Even before the excise duty cut, Rajasthan, West Bengal, Karnataka, Kerala and Andhra Pradesh had last month reduced VAT to cushion consumers for a spate of price increases.

The reduction in excise duty, only the second in four years of BJP-led NDA rule, will dent central government revenues by Rs 10,500 crore and was aimed at cooling retail prices that had shot up to an all-time high.

The BJP-government at the Centre had raised excise duty on petrol by Rs 11.77 a litre and that on diesel by Rs 13.47 a litre in nine installments between November 2014 and January 2016 to shore up finances as global oil prices fell, but then cut the tax just once in October last year by Rs 2 a litre.

Prior to Friday's cut, petrol price had risen by Rs 6.86 a litre and diesel by Rs 6.73 since mid-August - the most in any six-week duration after the daily price revision was introduced in mid-June last year.

Industry sources said for state-owned fuel retailers absorbing Re 1 per litre price would mean a Rs 9,000 crore hit on profits on an annualised basis. For the remainder of current fiscal, it would be Rs 4,500 crore with IOC's share being roughly half and the rest is split equally between HPCL and BPCL.

Brent, the benchmark for more than half the world's oil, has touched USD 86 per barrel mark, the highest in four years, while the rupee plunged to its lowest ever level of 73.81 against the dollar, resulting in expensive crude imports.

Almost half of the fuel price is made up of taxes. The centre currently levies a total of Rs 19.48 per litre of excise duty on petrol and Rs 15.33 per litre on diesel. On top of this, states levy value-added tax (VAT).