Petrol price was cut by 40 paise a litre and diesel by 33 paise a litre on Sunday, the 11th straight reduction in rates on softening international oil prices. 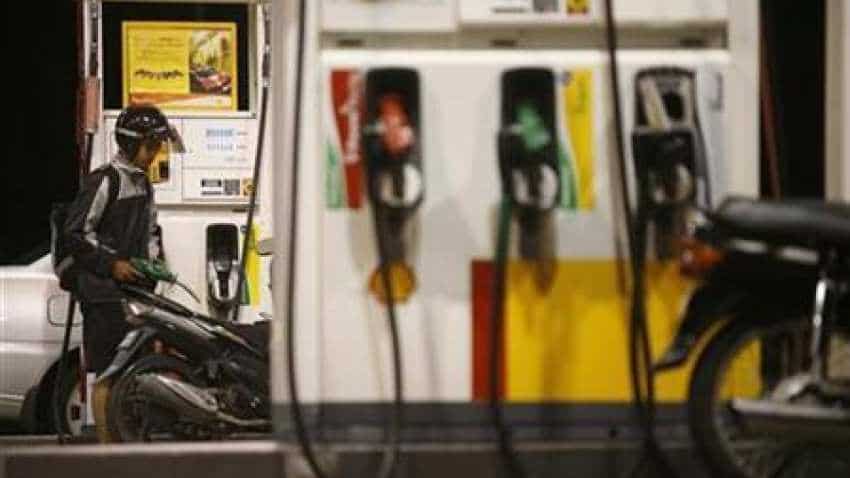 Petrol in Delhi now costs Rs 80.05 a litre and diesel is priced at Rs 74.05 per litre, according to a price notification issued by state-owned oil firms. Image source: Reuters
Written By: PTI
RELATED NEWS

The rates are off their record high of Rs 84 per litre for petrol and Rs 75.45 a litre for diesel touched on October 4. On that day, the government decided to cut excise duty on petrol and diesel by Rs 1.50 per litre each and asked state-owned fuel retailers to subsidise by another Re 1 a litre by reducing their margins.

Subsequent to this, the petrol price came down to Rs 81.50 per litre and diesel at Rs 72.95 a litre on October 5, the statement said. But as the international oil prices continued to rise, price of petrol and diesel in Delhi increased to Rs 82.83 per litre and Rs 75.69 per litre by October 16. But beginning October 18, international oil prices have been falling and rupee has also appreciated.

The twin factors have brought down fuel prices to two-month low. "As per the assessment, the retail prices of petrol and diesel may reign easy in the next few days," an official statement had said on October 26. The retail selling price of petrol and diesel is dependent on the international prices of benchmark fuel and the rupee-US dollar exchange rate. This is because a large proportion of country's requirement is met through imports.