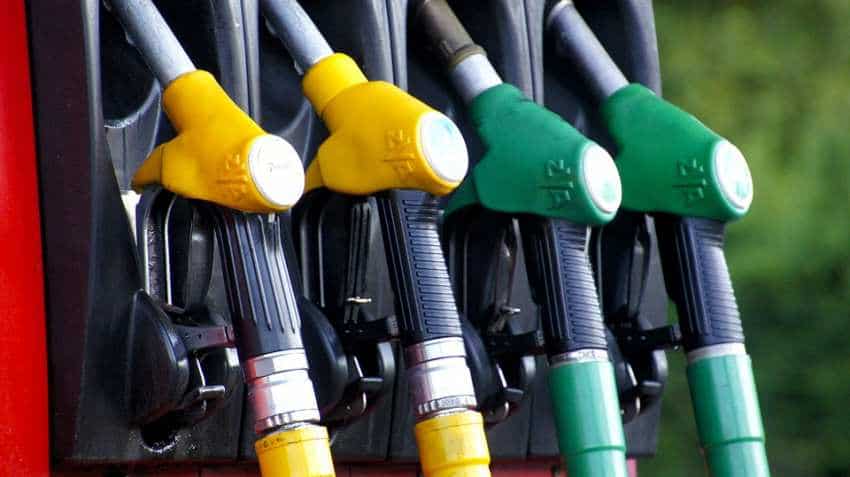 Petrol price cut for 5th day in row; Mumbai sees most relief as rates drop; check other cities too

Any hope for relaxation in India's petrol and diesel prices looks bleak each coming day. Fuel prices in India continue to rise, so much so, that it has reached levels that have never been witnessed before. Boiling crude oil prices are to blame, of course. This has caused tremendous problems for citizens across the country, after all no one likes to pay higher price for their purchase of petrol and diesel, which continue to rise unpredictably each day. Due to rising fuel costs, some opposition parties started a nationwide protest today. While many are complaining about this situation, the NDA government has refused to step to provide relief to the public.

On September 05, the Finance Minister Arun Jaitley gave non-committal speech in trimming the excise duty as a move to cushion fuel prices. He stated that international oil prices are volatile and have not shown any linear movement.

As per Jaitley, India is a net buyer of oil and is adversely impacted when rates go up, but ‘temporarily’ so.

This simply means, government is not planning to save the rising petrol and diesel prices. OMCs like IOCL, HPCL and BPCL derive the final retail price of petrol and diesel by taking into account international crude oil prices, government’s excise duty, state’s Value Added Tax (VAT) and dealer commission.

While it is clear, India cannot do anything about the volatile crude oil prices, however, there are options to bring relief in fuel cost by either cutting excise duty or asking states to reducing the VAT levied.

But any news on these two options looks foggy currently for India with government and states being reluctant in slashing excise duty and VAT.

India underwent daily revision of fuel prices from June 15, 2017, linking itself with the international crude oil price movement. That has now become a tragedy for them as they continue to pay ever higher amounts for petrol and diesel every day.

It needs to be noted that, Indian Oil who used to release daily change in price of these two fuel products has stopped giving the current day data on its website. However, one can always see the previous price performance of these indicators on the website.

What is noteworthy is that, the gap between petrol and diesel is getting narrowed each coming day.

Also, Indian oil has released the break up of how their decide the petrol and diesel prices.

Going ahead, Indian Oil has also given break up of how the final retail price is calculated up till September 03, 2018. The data is given for the country’s capital New Delhi.

This calls for relaxation in excise duty.

Since the time NDA government took the charge in India, excise duty has been hiked by nine times. By April 01, 2014, India’s petrol and diesel had excise of just Rs 9.48 and Rs 3.56 respectively.

This was hiked to as high as Rs 21.48 in petrol and Rs 17.33 in diesel. In the October month last year, the government slashed this price by Rs 2 per litre in both petrol and diesel bringing the excise duty up to Rs 19.48 and Rs 15.33 respectively. 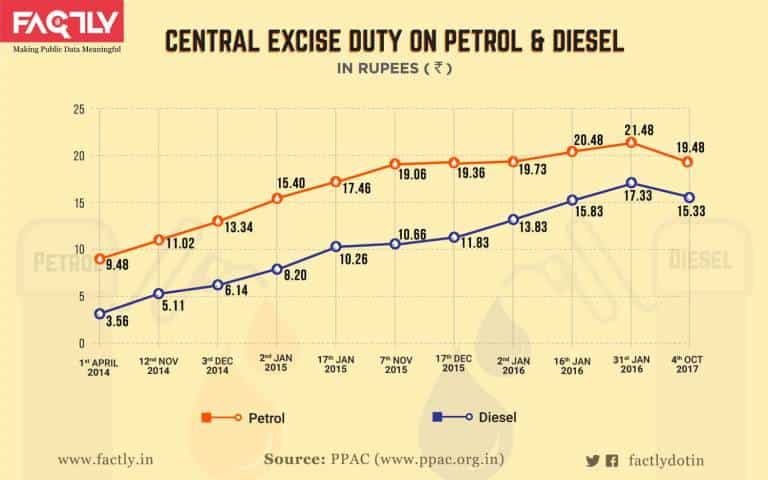 States like Maharashtra, Andhra Pradesh, Madhya Pradesh and Punjab has the highest VAT levied on petrol which is above 35% and in diesel over 23%. In Mumbai, VAT on petrol is at 39.54% and 24.81% on diesel.

In addition to the above taxes, State Government of Bihar and West Bengal, levies additional tax/surcharge on VAT @ 30%/20% respectively which is irrecoverable in nature. 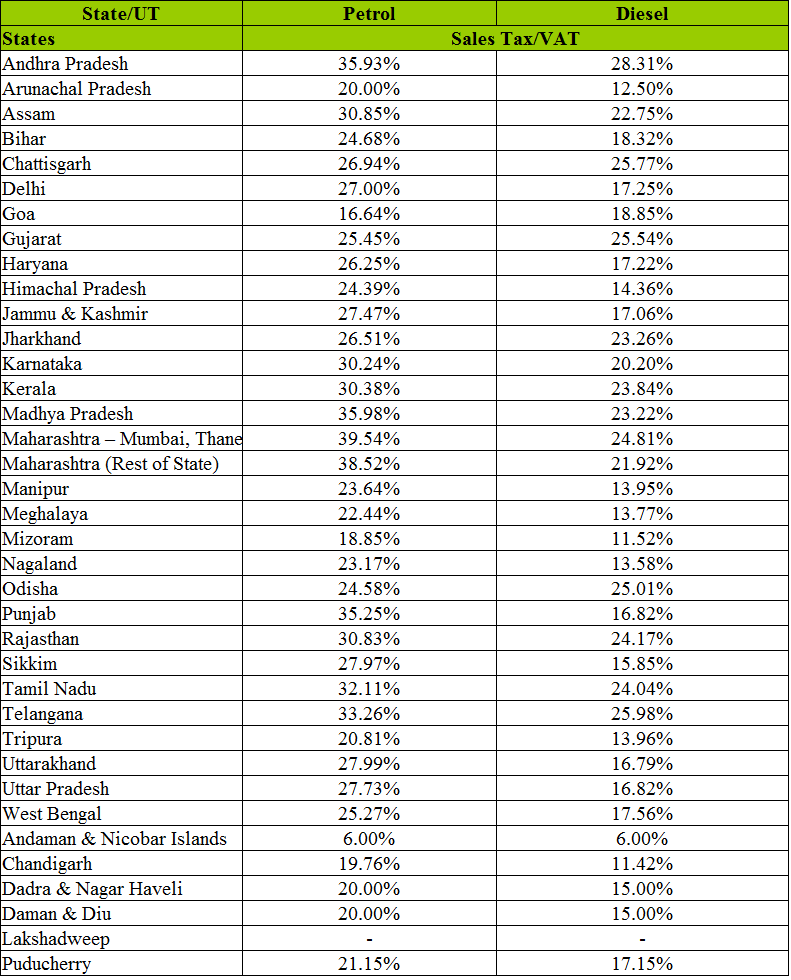 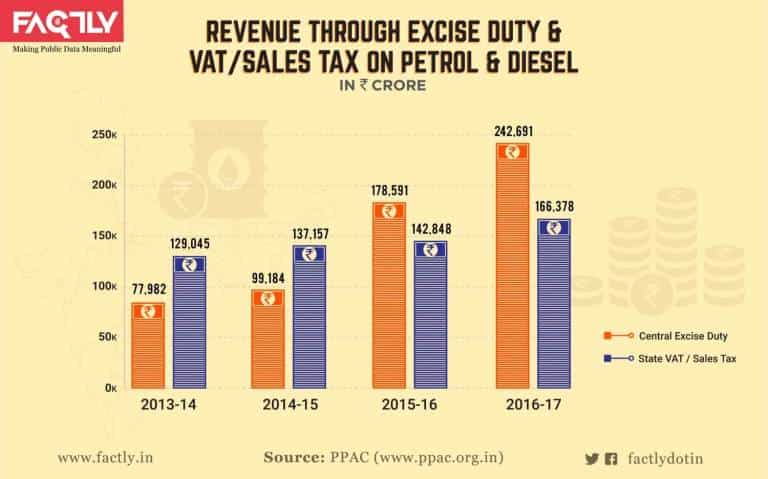 When government had cut the excise duty by Rs 2 per litre last year, they stated the revenue loss would about Rs 13,000 crore. Still, the government would not suffer, as the revenue would be in surplus from the FY17 numbers.

While state’s are reluctant in reducing the VAT looking at the revenue performance, it might be best if the government just decides to bring down excise duty further to relief fuel prices or unless they bring it under GST regime.

Petrol price cut for 5th day in row; Mumbai sees most relief as rates drop; check other cities too