People begin to collapse as air quality deteriorates in Lucknow

Seven-year-old Disha was climbing the stairs in her house in Gomti Nagar on Saturday when she suddenly started gasping for breath and collapsed. 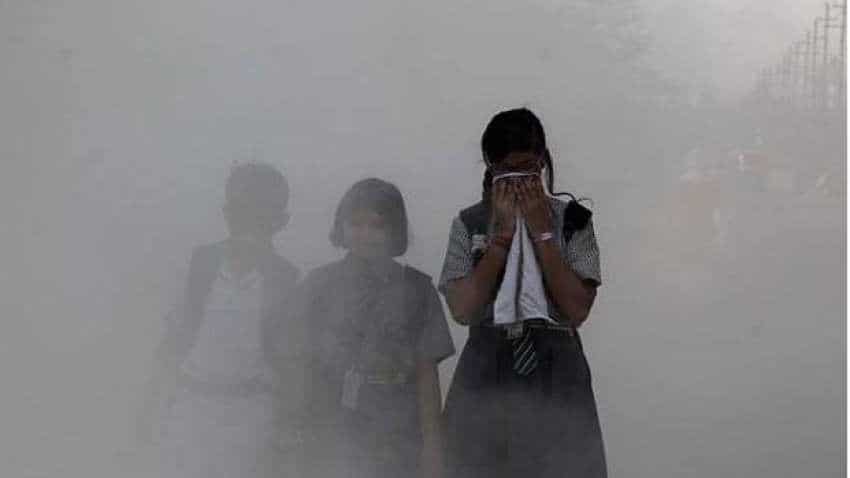 Reshu, a migrant labourer, was found lying in an unconscious state on the roadside in Telibagh on Saturday evening and was admitted to a medical facility. Image source: IANS
Written By: IANS
RELATED NEWS

Seven-year-old Disha was climbing the stairs in her house in Gomti Nagar on Saturday when she suddenly started gasping for breath and collapsed. Her father rushed her to a private hospital where the doctors put her on oxygen. Sharad Ahirwar, an engineering student in Jankipuram, woke up at midnight on Friday complaining of breathlessness. He has been admitted to the King George`s Medical University.

Reshu, a migrant labourer, was found lying in an unconscious state on the roadside in Telibagh on Saturday evening and was admitted to a medical facility. He has been put on oxygen after being diagnosed with partial lung collapse. In all the three cases, the patients belonging to different strata of society are victims of pollution in Lucknow.

The state capital is on the verge of collapse with the Air Quality Index (AQI) of Lucknow touching 382 (severe) on Friday and 422 (very severe) on Saturday. The air quality on November 2 was the worst recorded in the past three years and the most polluted day post-monsoon so far. According to data from the Central Pollution Control Board (CPCB), Lucknow`s AQI was in the hazardous category, exposure to which can lead to serious respiratory issues.

The state government has issued directives to various agencies but the impact is yet to be seen. Work on construction sites is continuing and only a few have put up green nets to prevent dust particles. Sprinkling of water was seen only in some posh colonies and open burning of garbage continues.

Dr Rajendra Prasad, a retired professor from the King George`s Medical University (KGMU) and a renowned expert in chest diseases, said that the prevailing pollution levels could prove fatal for those with respiratory disorders and asthma and even have an adverse impact on those who are healthy.

"Since pollution levels cannot be brought down in an instant, people should avoid moving out in these conditions without wearing good quality mask. Even morning walkers should confine themselves to indoor activities," he said. Government and private hospitals have also recorded a spurt in patients with respiratory disorders in the past five days.

"We are seeing an almost five-fold increase in such patients. The worst affected are children and the elderly," said a spokesman of the KGMU. Lucknow University air quality monitoring station director Prof Dhruvsen Singh said, "It was not just PM2.5 concentration but even gaseous pollutants peaked in the city with carbon dioxide and ozone levels recorded 428.64 and 46.6 respectively. After Diwali, pollution levels in the city have increased by around 150 units.