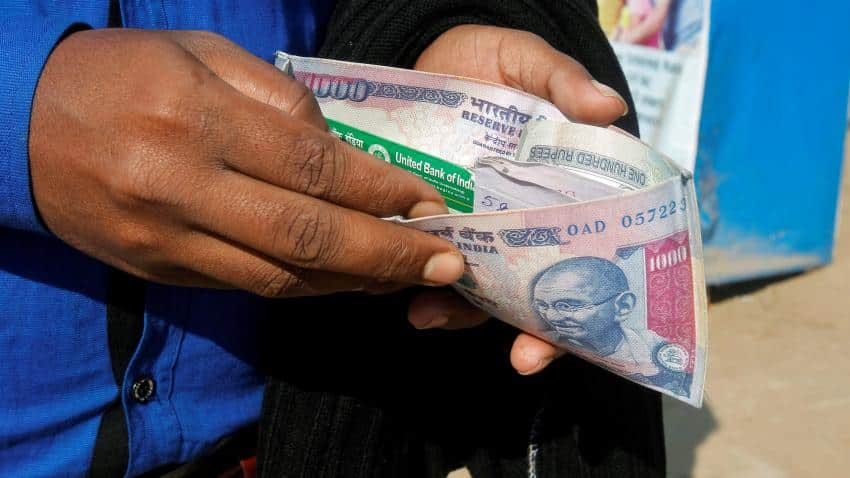 In some products, wholesale formed only 25% of targeted sales in November 2016. Image of a man putting his debit card into his Rs 1000 designed wallet. Image Source: Reuters

People have resorted to PM Modi’s much advocated ‘cashless’ transactions wherein high amount of payments are being made via credit or debit cards but this is slowing recovery of sales in other segments.

“Customers have been buying much higher than usual quantities in this channel (modern trade) because of the convenience of debit/credit card payments. Since modern retail is clocking disproportionately higher sales than usual, it is also delaying recovery in other channels,” Krishnan Sambamoorthy and Vishal Punmiya, analysts from Motilal Oswal said in a report dated December 2.

Even the wholesale segment in the metros are facing difficulty in retrieving sales’ levels before the withdrawal of higher currency was announced in the beginning of November.

“Many consumer companies have extended some form of credit (nearly 7-10 days) to most of their distributors. The distributors, in turn, have been financing the retailers, but it is the wholesale segment where the recovery has been much slower, even in metro centers,” the analysts said.

The analysts further stressed that in some products, wholesale formed only 25% of targeted sales in November 2016.

“Availability of Rs 500 notes over past few days has somewhat improved liquidity, but the supply of this denomination is still not enough to drive a sharp wholesale channel recovery,” the report said.

After demonetisation there was a sharp liquidity crunch in the economy to the tune of Rs 7.4 lakh crore as per RBI estimates, due to which certain sectors had noticed a decline.

However, the Motilal report said that biscuits as well as personal care products have recovered sharply after initial demonetization-led sharp collapse in sales.

“After suffering severely in the first 10-12 days of demonetization, the biscuits segment has recovered strongly over past 10 days. Premium segment sales, which are mainly led by modern trade, have not been badly affected,” the analysts said.

Even the value segment in biscuits has recovered, despite continued poor performance in kiosks which are facing cash crunch. It is the mid segment within biscuits that has been affected more and taking time to recover, the report said.

“Institutional sales and sales to large ‘kirana’ stores have also recovered. These institutions have sharply increased cheque payments to distributors, as against cash earlier,” the report said.

Card tokenisation to come into effect from October 1 - steps to tokenise your debit, credit cards