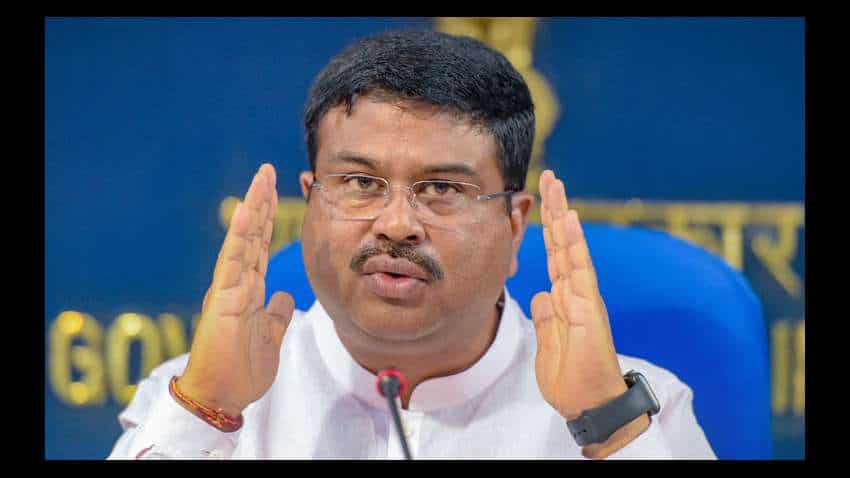 Over Rs 1 lakh crore investment in oil and gas fields as well as refinery modernisation project has been lined in Andhra Pradesh, Oil Minister Dharmendra Pradhan apprised Vice President M Venkaiah Naidu on Tuesday. The projects include Rs 26,264 crore modernisation of Visakhapatnam refinery by the second quarter of 2022-23, and Rs 68,000 crore in the development of offshore oil and gas fields, Pradhan said in tweets after the meeting. Another Rs 10,000 crore is being invested in onland fields in KG Basin in the state, he said.

"These oil and gas projects under different stages of implementation will usher new dawn of socio-economic prosperity for the people of Andhra Pradesh and further facilitate ease-of-living for citizens in the state," he tweeted.

He assured Naidu, who hails from the state, of "fast-tracking completion of all oil and gas projects in the state".

Separately, state-owned Oil and Natural Gas Corp (ONGC), which is developing oil and gas fields in the KG basin, in a statement said its Chairman and Managing Director Shashi Shanker alongside Pradhan apprised Naidu of the company's offshore and onshore projects.

"An estimated investment of Rs 68,000 crore in offshore projects and Rs 10,000 crores in Onshore projects have been lined up by the ONGC in Andhra Pradesh," it said.
At the meeting, Naidu sought the status of setting up of a greenfield petrochemical complex at Kakinada, with an investment of around Rs 32,000 crore for producing 1.7 million tonnes a year of chemicals. The project is being undertaken by Hindustan Petroleum Corporation Limited (HPCL) and GAIL India Ltd, with the support of the Andhra Pradesh government.

Naidu was informed that "the Centre is keen on implementing this petrochemicals project as early as possible and is awaiting the state government's response on the specific financial modalities for funding the project, as it is being executed jointly in partnership with the state government," the statement said.

On Naidu's query on a refinery modernisation project, Pradhan informed that the project implementation is in full swing.

"While apprising the Vice President of the progress of various projects, the Minister informed that city gas distribution (CGD) network is being implemented in various districts of Andhra Pradesh. This will help facilitate access to piped natural gas and CNG for household, transport and industrial segments," the statement said.

State-owned firms and the private sector are making huge investments in the hydrocarbon sector on east coast in Andhra Pradesh and Kakinada would soon emerge as a hydrocarbon hub in the country.

A separate statement issued by Vice President's Secretariat stated that Naidu asked Pradhan to expedite all petroleum projects at various stages of implementation in Andhra Pradesh.

"Naidu also enquired about the progress of construction of the permanent campus for the Indian Institute of Petroleum and Energy (IIPE) at Sabbavaram in Visakhapatnam.
The Officials informed the Vice President that the construction of the new campus of IIPE is in advanced stages of completion," it said. "The Vice President advised the officials to take necessary steps to conduct the campus recruitment for students passing out of IIPE.