Governor of Andhra Pradesh and Telangana E S L Narasimhan Sunday said it is necessary for the agricultural scientists to ensure that the food that is available is pure and healthy. He said organic farming is the way forward to ensure this. 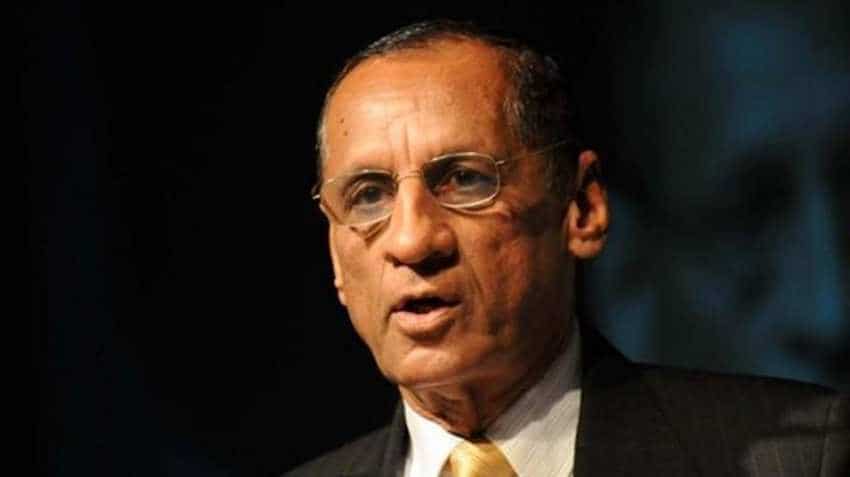 Governor of Andhra Pradesh and Telangana E S L Narasimhan Sunday said it is necessary for the agricultural scientists to ensure that the food that is available is pure and healthy. Source: PTI
Written By: PTI
RELATED NEWS

Governor of Andhra Pradesh and Telangana E S L Narasimhan Sunday said it is necessary for the agricultural scientists to ensure that the food that is available is pure and healthy.
He said organic farming is the way forward to ensure this.

Speaking at the second convocation of the Professor Jayashankar Telangana State Agricultural University here, the governor stressed the need for educating the farmers about organic farming to have healthy and nutritious food, which also avoids chronic disease like cancer in human beings .

"There appears to be a large scale use of insecticides and pesticides in food production and there is a general perception among the people that the incidence of cancer is on the rise because the food that is consumed is no longer pure and healthy," an official release quoted the governor as saying.

Narasimhan said it is not the quantity of food produced that is important but it should also provide health security. He said organic farming should be taken up in a very big way as many of the states have already gone into it.

Farmers should also be sensitised about the advantages of micro irrigation, crop diversification, herbal plantation, harmful effects of use of excessive pesticides, crop colonies, value addition of crops for remunerative farming, he said.

The governor also emphasised on the need to take up herbal plantation in a big way as recent research into the ancient Indian herbal medicines showed that it can be an antidote to many serious ailments such as cancer.

He said agricultural scientists should focus on medicinal plantation also and not just paddy, wheat etc. As people are using them in a big way. He said diversification of crops will help in doubling the incomes of the farmers.

Costs of cultivation can be reduced by use of technology and micro irrigation etc, he said. The governor said plenty of water is available in the country and it is the utilisation that is to be taken care of.

He stressed the need for a national water policy for optimum utilisation of water that is available in the country which can avoid unnecessary water wars and water disputes, the release said.
Narasimhan further said that making agriculture a profitable proposition would address the issue of migration from rural areas to urban areas.

The governor also advised the agriculture scientists to provide guidance to the farmers on utilisation of land and forming of crop colonies with different crops and not just paddy alone by linking to the aid given by Central government.

The governor, who is also Chancellor of the University, further said farmers should be advised to move into solar power to ensure power security. RS Paroda, Chairman Trust for Advancement of Agricultural Sciences [TAAS] and former Director General ICAR, stressed the need for formulating policies and programmes by considering the principle of "farmer first".
At the convocation, as many as 746 degrees were awarded to the students at under graduate /post graduate and Ph.D levels, the release added.