One year of GST: Tax revenue falls short of FY18 target; will FY19 be better?

One year of GST: The goods and services tax (GST) has wrought major changes in India, but it needs to also note the revenue generated from this regime fell short of government’s FY18 target as well. 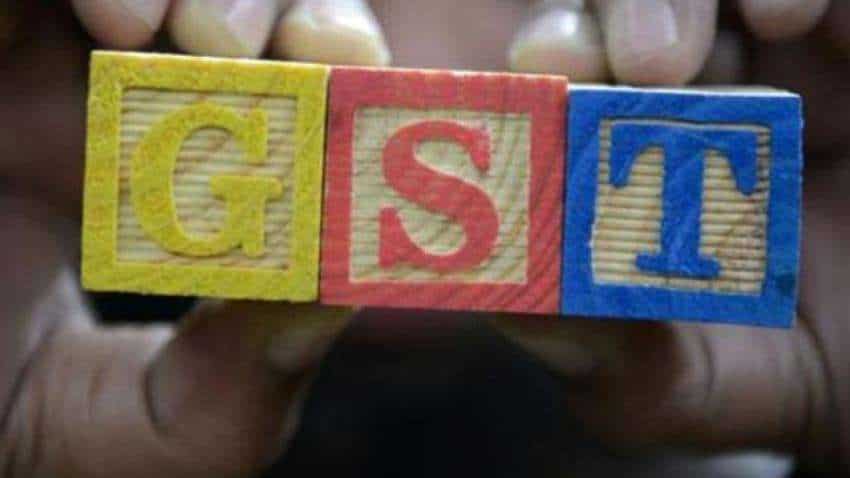 Today India celebrates the first anniversary of Goods and Services Tax (GST) regime and the Finance Ministry has gone as far as to declare this day as ‘GST Day’ to highlight its importance well into the future.  It’s a very special moment for entire Prime Minister Narendra Modi government. Every eye today would be looking out for GST’s performance outlook. Modi in his reign as PM has not only set new history for his BJP party but also for the entire nation. He will be remembered as the man who changed an entire face of India financial system with reforms like demonetisation and GST. Modi took to his Twitter handle in acknowledging GST today. He said, “GST has brought growth, simplicity and transparency. It is boosting formalisation, enhancing productivity, furthering ‘Ease of Doing Business' and Benefitting small and medium enterprises.”

Importantly, this is also report card day for GST. Most of opposition parties, citizens, firms and analysts would be taking into account how GST has actually performed and how can it move ahead before actually giving it a grade.

Modi highlighted the key achievements of GST in one year's time. In 12 months gone by, GST has added 48 lakh enterprises, number of invoices processed increased to around 350 crore, number of returns filed jumped to 11 crore and number of e-way bills came in at over 10 crore.

One would agree that GST did some major business in India, but it needs to also note the revenue generated from this regime fell short of government’s FY18 target as well.

GST has brought growth, simplicity and transparency. It is:

This regime has been in effect from July 01, 2017 by replacing  several taxes like central excise duty, services tax, additional customs duty, surcharges, state-level value added tax and Octroi. Even other levies which were applicable on inter-state transportation of goods have also been done away within GST regime.

Every month, data has been given on GST collection by the Finance Ministry. The latest data of GSTs performance has been available till May 2018. It needs to be noted that, GST revenue collection has been on one roller coaster ride.

Since then, GST collection has been below Rs 90,000 crore till March 2018. The lowest GST collection was made in the month of November 2017 where it stood at Rs 80,808 crore a five month low. This resulted in many question the true existence of GST and it’s real motive going ahead.

However, government has been very confident on this 16-year long pending regime which finally saw reality in India. They believed GST is a revolutionary game changer for the country in coming years.

But this did not stop the government to set a GST revenue target of Rs 8.2 lakh crore for eight months of FY18. Now, from July 2017 till March 2018, GST’s cumulatively collection came in at Rs 7.4 lakh crore which was just 67% of the revenue target.

Under the new GST regime, the last date for filing of GST returns is 20th of the succeeding month, even on the last day of the financial year.

Despite the criticism, Modi government is not ready to back down in taking this reform to extent level and especially in tax collection. Thereby, the government has set a GST revenue target at massive Rs 12 lakh crore for fiscal FY19.

Now two months have already passed of FY19 and performance looks quite promising. 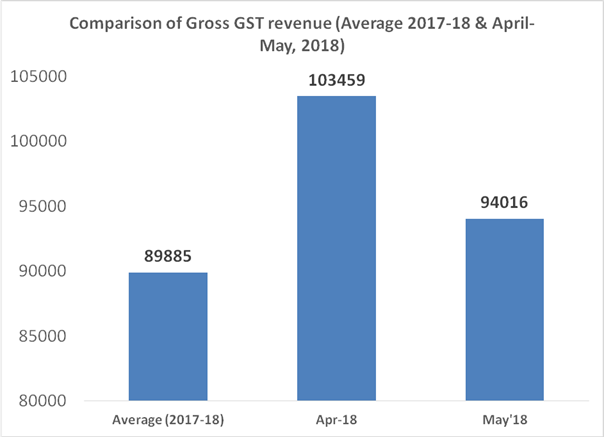 Although May 2018 collection is lower compared to April month where the revenue stood at Rs 103,459 crore. According to the ministry this was due to year end effect.

It also needs to be noted that, gross collection in latest May is much higher than the monthly average of GST collection in FY18.

Can government actually surpass the GST target for FY19, that is the real question one should be asking themselves.

There have been several speculations in public domain that the GST collections in current fiscal and budget estimates for FY19 are overtly aggressive, but these are flawed.

According to Ghosh, the GST collections growth rate for FY19 comes to around 14%-16%, that is similar to the decadal gross tax revenue growth rate at 13.9%.

Thus, Ghosh adds, “it seems that the revenue targets of the Government for FY19 are reasonable. Furthermore, cross country comparison shows that with the current global slowdown, most of the countries have been witnessing increase in fiscal deficit.”

There are some minor exceptions including India, France, Germany, etc. which are on the path of fiscal consolidation.