On Iran ban, this is how India could assert its sovereignty without miffing US

Most experts say a law like the EU Blocking Statute, which protects individuals and companies of EU member states from the “extra-territorial” US sanctions, holds more merit than a waiver. 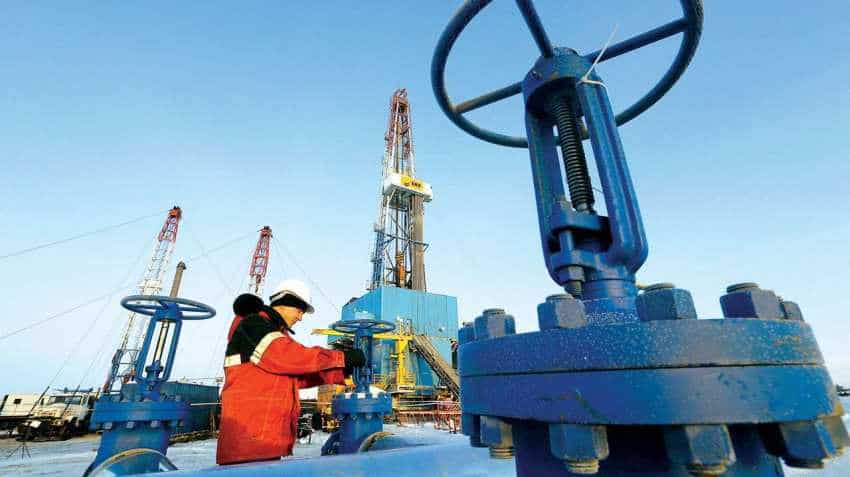 Experts believe such a measure could be undertaken by India against the unilateral US sanctions against Iran without affecting its alliance with the US on other issues. Image source: Reuters

New Delhi: Was getting a waiver for US sanctions against Iran the best option or could India have looked at a more lasting solution like the European Union’s (EU) legislation against it? Most experts say a law like the EU Blocking Statute, which protects individuals and companies of EU member states from the “extra-territorial” US sanctions, holds more merit than a waiver.

They believe such a measure could be undertaken by India against the unilateral US sanctions against Iran without affecting its alliance with the US on other issues.

According to them, the legislative step could be taken on expiry of the 180-day exemption granted to India, along with seven other countries, by the US last week. In May, the US had re-imposed sanctions against Iran and set a deadline of November 5 for countries trading with the Persian Gulf nation to wean away from its imports.

Kartik Mittal, senior solicitor, UK-based Zaiwalla & Co LLP, who spoke to DNA Money from London over the phone, said a similar option like the EU, through an Indian legislative instrument, is available to the government to legally protect Indian nationals and companies from US sanctions after the waiver is lifted.

Arun Kumar Singhal, writer, author and the chief editor of energy publication Dew Journal, said India could consider EU kind of resolution to the sanctions against Iran if it works in the interest of the country.

However, he believes since the “set of imports” by India from Iran were different from EU’s it may not be taken up.

“Any option can be worked out in the interest of the country but we have a different set of imports (from Iran), unlike the EU. Keeping in view that we have been following a different kind of imports this (legislation like EU) seems quite unlikely to me,” he said.

Singhal said that while India was interested in Iran imports, it also wants to maintain a balance in its relationship with various allies.

“One of the reasons India has gone for acquiring a waiver from the US is because it is the simplest and the easiest thing to do. Also, we are able to keep cordial relations with all of those in the fray - US and Iran. We can’t afford to be one-sided with anybody. It’s always a tightrope walk for India in these kinds of situation,” he said

The Regulation (European Commission) No 2271/96, brought about earlier this year by EU Commission, acknowledges that the extra-territorial application of US sanction violates international law.

“The update was triggered by the US’ unilateral decision on May 8, 2018 to re-impose extra-territorial sanctions against Iran simultaneously with its withdrawal from the Joint Comprehensive Plan of Action (JCPOA), signed in 2015 between Iran, on the one hand, and China, France, Russia, the United Kingdom, Germany, the US and the European Union, on the other. The lifting of certain Iran-related sanctions is an essential component of the agreement. The re-imposition by the US of extra-territorial sanctions could potentially affect EU operators doing legitimate business with Iran. Such legislation will be re-imposed as of August 7 and November 5,” states point six of the guidance note of European Commission (EC) on the update of the Blocking Statute.

The EU has taken sweeping measures to protect persons and companies of the member states of the EU against the application of US sanctions against Iran through this statute.

Under the legislation, EU operators do not need to comply with the US sanctions against Iran unless such compliance is authorised by the EU Commission. They are also under an obligation to inform the EU Commission and provide requested information on the effect of US measures on their interest in Iran.

The statute gives them immunity from a judgment of a court or tribunal located outside the EU if it “relates to or give effects to or constitutes an action under the US measures”. Under it, the EU operators are entitled to claim any damages, including any legal costs, arising as a result of the US measures.

“Such recovery can be made against a natural or legal person or any other entity (such as US government) or from persons acting on its behalf (i.e. Individuals acting on behalf of the US government),” states the legislation.

Even as the statute protects the interest of EU individuals and companies doing business with Iran, it does not compel them to continue their business in Iran.

“In other words, the EU businesses are free to choose whether they want to start working, continue or cease business in Iran,” says the guidance note of EU Blocking Statute.

This article was first published in DNA Money: Can India do a EU to tackle Iran ban?