The official said that predicting orbits below 50 km is very tricky and usually they are estimated with an accuracy of plus/minus 1 km. If the lander`s predicted height was at 30 km, the actual orbit height may remain anywhere between 29 to 31 km. 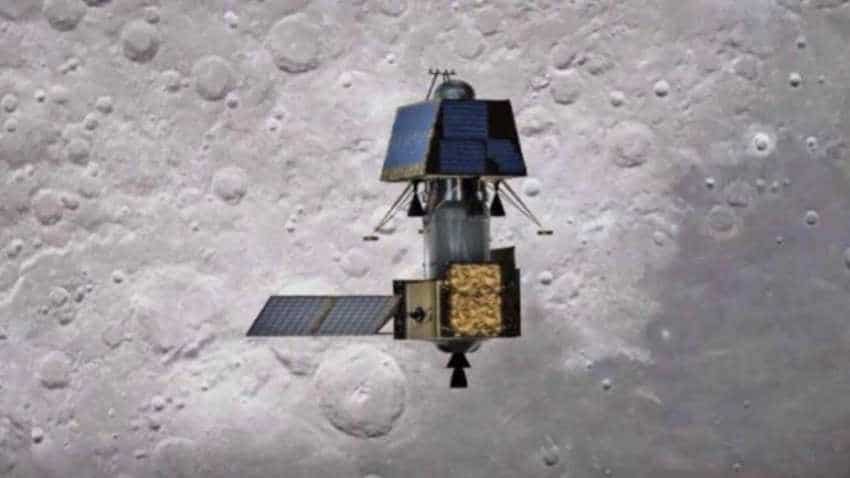 Vikram navigation systems result in its crash-landing on the lunar surface on September 7, Photo: IANS

Did the failure of India`s moon lander Vikram navigation systems result in its crash-landing on the lunar surface on September 7 is also among the questions that are being asked by space experts to explain the setback to the moon programme.

"One of the theories that is being discussed for the crash-landing of Vikram is the failure of its navigation system," an official, who did not want to be identified, told IANS.

Earlier, it was said the non-functioning of Vikram`s throttleable engines in unison, resulted in its somersault and later crash-landing.

According to the Indian Space Research Organisation (ISRO), a national level committee comprising of its own experts and academicians is currently analysing the cause of the communication loss with Vikram.

The Indian space agency says that Vikram lost communication link with the ground stations and are silent on the lander`s final fate.

The official said that predicting orbits below 50 km is very tricky and usually they are estimated with an accuracy of plus/minus 1 km. If the lander`s predicted height was at 30 km, the actual orbit height may remain anywhere between 29 to 31 km.

Similar will be the error in horizontal direction. Such errors occur as local gravity varies widely due to large variation of density of mountains and plains.

Over mountains, the lander`s height reduces and over plains, the height increases.

According to the official, when the lander is deorbited, the on-board navigation system would have been initialised with predicted values of heights and velocities, with all the errors getting propagated accordingly as time progresses.

To correct this error, the radar altimeter was expected to get energised at 7.5 km height.

The official said, when this happens, a kink is expected to appear around 7.5 km in the height curve displayed. The absence of this indicates the non-inclusion of altimeter data and hence errors in the navigation computer continued.

According to the official, when last height of Vikram was shown as 335 metre, it might have crash-landed on moon at a speed of 65 metres per second or about 220 km per hour.

"At that speed of crash, Vikram would have broken into pieces," the official added.

The non-inclusion of altimeter data in the navigation computer may be due to a software bug which was not detected by conducting proper pre-flight tests or it was missed out by mistake or oversight.

The chances of altimeter not functioning is also remote as any anomaly would have been noticed during the health checks that were done earlier, the official said.

After five earth-bound orbit raising activities, Chandrayaan-2 was inserted into the lunar orbit. On September 2, Vikram separated from the orbiter.