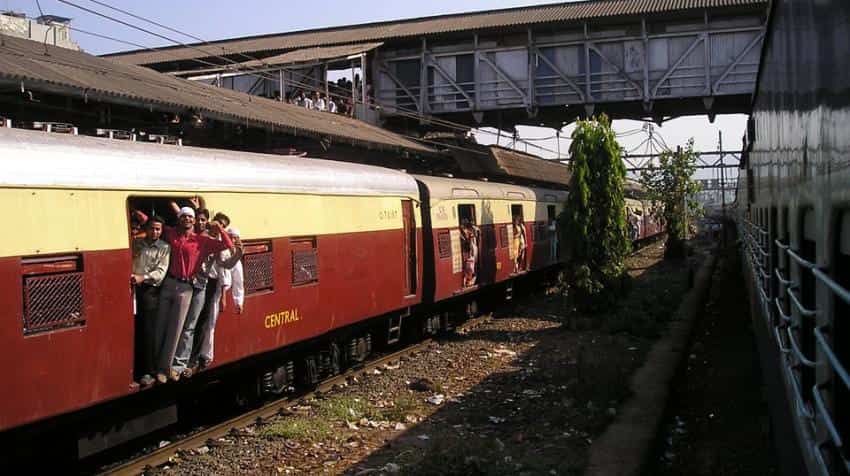 Vikas Shukla owns a kirana shop in Lower Parel near Marathon Futurex - a premium office space in Mumbai, and to earn his bread and butter from his small shop, he usually travels from Ghansoli a harbour line in the city - a journey which takes only one hour for him. On Tuesday however, it took nearly four hours, due to strikes organised by drivers of app-based cab companies namely Ola and Uber. However, Tuesday become even more terrible for Mumbaikars because drivers were not the only one who held strikes. Also playing spoilsport were Railway job aspirants who took to the tracks, literally, demanding that promises made by Railways to them, that were not fulfilled, be granted. They caused the Mumbai local trains to be shutdown across a wide swathe of its network.

Now Shukla usually leaves his house from Ghansoli at 6.45 am every morning, he changes trains from Thane to catch a fast local for Dadar, and then makes another change from western local to reach Lower Parel - the entire process usually takes one hour for him, and by 8.00 am every morning he commences his business.

But because of the strikes, Shukla who left home by 6.45, caught a CST fast train from Thane at around 7.04 am, got stuck in Vikhroli station for more than an hour. It needs to be noted that these are the stations situated in central side of Mumbai.

Explaining his struggle Shukla said, “I was stuck in Vikhroli for more than a hour. After sometime there were slow movements, all I could see was a huge crowd everywhere.” He added that by 8.45 am, the train managed to reach Ghatkopar station.

At Ghatkopar, the Central railways’ authorities announced that the train will be halted in Kurla. From there, the train would not go any further. This made Shukla get off on the rail track itself . After a few hours of struggle, Shukla managed to get a rickshaw and somehow reached Sion station. From there he took a bus to Mumbai’s busiest station Dadar which was also impacted. Now both western and central line trains operate in Dadar, so Shukla had an option to travel with western line, as the trains over there were operational. From there he finally got to reach at Lower Parel at around 10.10 am. On this journey, Shukla spent nearly four hours.

Shukla explained, that he would usually start getting customers right from 8.00 am, as the office goers would come in numbers, but today, his business was late for nearly two hours.

However, Shukla was not alone, as nearly two lakh commuters reportedly failed to reach their respective destinations on time.

In Mumbai, from 7 am to nearly 11 am, which are the peak hours, office travelers take local trains from Harbour, Central and Western Railways to their respective workplaces in massive numbers.

Let’s understand the situation of the strike, which has left commuters  stranded during rush hour.

Hundreds of job aspirants took to tracks claiming that Indian Railways authorities promised them jobs, however, it failed to fulfill its vow.

These protesters even claimed that there was no recruitment since last four years.

They added that several prayers made to DRM (Divisional Railway Manager of Mumbai Division) failed to get any result.

The solution, according to aspirants, was the grant of a one time settlement from General Manager’s quota. This was the demand that was shouted the loudest.

The protest began on Tuesday, at around 7 am, and went on for more than four hours and led to blocking of the rail tracks between Matunga and Dadar. Although the protest fizzled out by around 10.30 am, however, this led to over 60 trains being cancelled leaving office goers stranded during rush hour.

Some protesters speaking to Zee News, said that they suffered injuries during the police action.

Many reports mentioned that, the anger among protesters was immense, which is why, they even pelted stones, which resulted in lathicharge by police personnel.

The strike was called off, after when Railway Minister Piyush Goyal stated that, discussions would be held in this regard. On his Twitter account, Goyal released a press note saying, “Railways has come out with a policy to ensure a fair, transparent & competitive recruitment process. Railways has reserved 20% posts for ‘Course Completed Act Apprentices’ along with an age relaxation equal to the period of apprenticeship, which will benefit them in the exam.”

Railways has come out with a policy to ensure a fair, transparent & competitive recruitment process. Railways has reserved 20% posts for ‘Course Completed Act Apprentices’ along with an age relaxation equal to the period of apprenticeship, which will benefit them in the exam. pic.twitter.com/oUJJDNHvR9

Goyal in the press note said, “This is the single largest recruitment ever undertaken by any organisation in India and also the largest opportunity for all sections of youth.”

Goyal appealed the youth to apply for these large number of jobs, for which the last date of application is set at March 31, 2018.

About 1.5 million Uber and Ola drivers came on the street of Mumbai, showing their dissatisfaction in the companies mentioned and government’s regulations.

One of the protester told ZeeBusiness, “Ola gave us Rs 1.25 lakh offer per month. I left my truck, my earnings from the truck driving was hampered after some regulations announced by government, so working with Ola was best option. I took cab on a loan, and commenced my operation. For first four months i received proper salary, then later they launched their own taxis, and they would be the first one to receive a customers call. So we were left with less business.”

Another protester said, “I used to earn Rs 15,000 per month, and two years ago I left my job and joined Ola. For two years, I received proper business, but since past 10 months they have blacklisted me without giving me any reason. I demand reason from them.”

The strike was called by the transport wing of the Maharashtra Navnirman Sena in Mumbai, Ola-Uber drivers across New Delhi, Bengaluru, Hyderabad, Pune and other big cities also joined to show their distress.

With strike, there is madness outside for auto-rickshaws and kali peeli taxis, however, it is known that these drivers have started charging double to customers for their journey on Tuesday, especially in  cities like Delhi and Bengaluru, reported by New18.com.

Sanjay Naik of Maharashtra Navnirman Vahatuk Sena told PTI, “Ola and Uber had given big assurances to the drivers, but today they are unable to cover their costs. They have invested Rs 5-7 lakh and were expecting to make Rs 1.5 lakh a month. But drivers are unable to make even half of this because of the mismanagement by these companies.”

Even Mumbai Taximen's Union has show support to this strike.

According to Ola spokesperson, “Interest of our driver partners and customer convenience is of paramount importance to us. While, we have seen a slight improvement in our services in Mumbai, however for the situation to improve significantly it is imperative that intimidation of driver partners and vandalism of their cars by vested interests be stopped. New economy companies like us are counting on the police for normalcy to return. ”

However, not every one was fine with the idea of strike, as some drivers actually were operational even being pressurized by the unions.

An Ola driver Harish, “ My livelihood depends on my daily driving. I have to take care of my family which includes my wife, two school going children and an old ailing mother. Since yesterday, I am being pressurized not to log on to the taxi app to take bookings. I have put in my last 4 years savings to buy this taxi. I am feeling helpless for not being allowed to drive. This strike is helping no one, not the drivers, not the customers. I just want this to end so that I can get on with my driving and support my family.”

There are over 45,000 app-based cabs in Mumbai alone, and the business has witnessed decline of about 20% in their numbers.

Interestingly, Indian citizen have taken to their Twitter account, some showing support and some showing their frustration due to the strike. Here are few tweets.

Ameya Dhuri tweeted saying, “Even if it's inconvenience, I'm supporting #Uber #Ola drivers strike. After investing 5-10 Lakhs, Drivers are earning 25-30K per month, when they were promised at least 1L.”

Even if it's inconvenience, I'm supporting #Uber #Ola drivers strike

After investing 5-10 Lakhs, Drivers are earning 25-30K per month, when they were promised at least 1L.#OlaUberStrike

One person tweeted, “Here’s the CRN: 1619516347. The ride before this, had the driver call me, ask where I had to go and cancel on me. The app got re-directed to another driver, which is great but I paid the cancellation(which could be refunded please) AND was late. #olauberstrike.”

Here’s the CRN: 1619516347
The ride before this, had the driver call me, ask where I had to go and cancel on me. The app got re-directed to another driver, which is great but I paid the cancellation(which could be refunded please) AND was late. #olauberstrike

A Local Press Co report also highlighted that, even though commuters were able to book the cabs during peak hours, lesser cabs led to higher waiting times and surge pricing.

So Tuesday turned out to be very terrible for Mumbaikars. Fortunately, it ended before the entire day was ruined.