Oil prices steadied after slipping by around 2 percent last week, but remained under pressure from oversupply and concern over the prospects for global economic growth and fuel demand. 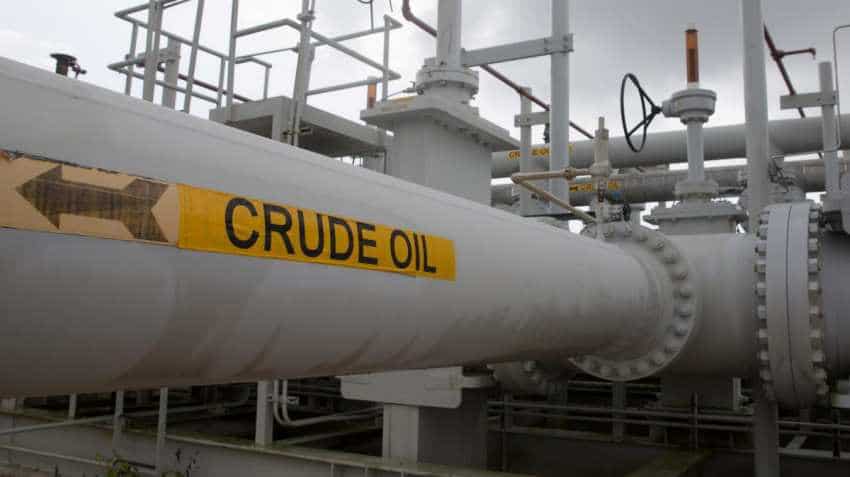 Oil prices steadied after slipping by around 2 percent last week, but remained under pressure from oversupply and concern over the prospects for global economic growth and fuel demand. Source: Reuters
Written By: Reuters
RELATED NEWS

Oil prices steadied on Monday after slipping by around 2 percent last week, but remained under pressure from oversupply and concern over the prospects for global economic growth and fuel demand.
Brent crude oil was unchanged at $60.28 per barrel by 0845 GMT. U.S. light crude was unchanged at $51.20.

Both benchmarks fell more than 25 percent through October and November as a supply glut inflated global inventories but have stabilised over the last three weeks, trading within fairly narrow ranges as oil producers have promised to cut production.

"The market continues range-bound, hemmed in by well tested support and ...resistances," said Robin Bieber, technical analyst at London brokerage PVM Oil. Some investors doubt whether planned supply cuts by the Organization of the Petroleum Exporting Countries and other producers such as Russia will be enough to rebalance markets.

U.S. shale output is growing steadily, taking market share from the big Middle East oil producers in OPEC and making it harder for them to balance their budgets. "I don`t believe OPEC cuts will work this time around with Qatar going out and Iran refusing to cut, while there`s a big question mark when Russia will go to its agreed level," said Sukrit Vijayakar, director of oil consultancy Trifecta.

"Meanwhile, U.S. production will go on increasing." OPEC and its allies have agreed to reduce output by 1.2 million barrels per day (bpd) from January, in a move to be reviewed at a meeting in April.
Qatar said on Dec. 3 it would leave OPEC to focus on gas.

Increasing concerns about weakening growth in major markets such as China and Europe have also dampened the mood in oil and other asset classes. Chinese oil refinery throughput in November fell from October, suggesting an easing in oil demand, while the country`s industrial output rose the least in nearly three years as the economy continued to lose momentum.

French business activity plunged unexpectedly into contraction this month, retreating at the fastest pace in over four years, while Germany`s private sector expansion slowed to a four-year low in December.

But oil prices were supported after energy services firm Baker Hughes said U.S. drillers reduced oil rigs in the week to Dec. 14, pulling the total count to the lowest since mid-October at 873. However, the current U.S. rig count, which serves as an early indicator of future output, is higher than a year ago.