Odd-Even scheme  will also be implemented on vehicles coming from other states. A fine of Rs 4,000 will be levied upon those caught violating the scheme. 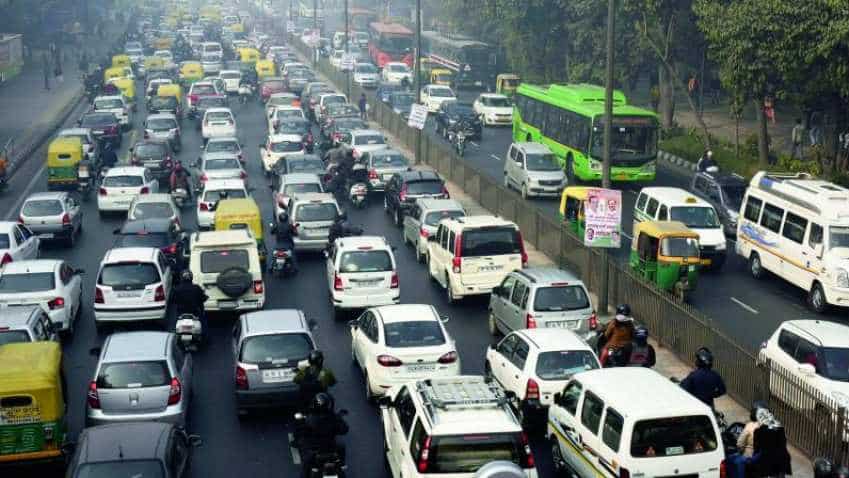 Odd-Even scheme, which is going to be implemented from November 4 to 15, will exempt two-wheelers. Image source: PTI

Odd-Even scheme is going to be implemented from November 4 to 15. Two-wheelers will be exempted from the scheme, and the violators will have to pay Rs 4,000 fine, a hike of Rs 2,000 from the last one in 2016. The Delhi government is doing the road-rationing in an effort to curb pollution. Here are the Odd-Even scheme dos and don'ts:

The scheme will also be implemented on vehicles coming from other states. A fine of Rs 4,000 will be levied upon those caught violating the scheme.

Exemptions
The vehicles that will be exempted from the Odd-Even rule will be: Vehicle of President, Vice President, Prime Minister, Governors of States/UTs, Chief Justice of India, Speaker of Lok Sabha.

Vehicles of Union or Central government ministers and Leaders of Opposition in Rajya Sabha and Lok Sabha will also be exempted along with vehicles of Chief Ministers of all the states/UTs except the Chief Minister of Delhi.

The vehicles of Deputy Chairman of Rajya Sabha and Lok Sabha, Lieutenant Governor of Delhi, Chief Justice and Judges of Delhi High Court, Lokayukta and emergency Vehicles such as Ambulance, Fire Brigade, Hospital, Prison and Hearse Vehicles will also be exempted.

Enforcement vehicles will also be exempted such as vehicles of police, Delhi transport department vehicles, and vehicles so authorized by delhi and paramilitary forces, among others.

Vehicles bearing the Ministry of Defence number plates, having a pilot/escort, of SPG protectees, embassy vehicles bearing CD numbers, that being used for medical emergencies will be exempted from trust-basis

Women only vehicles - including children of age up to 12 years and vehicles driven/occupied by handicapped persons will be exempted, along with vehicles carrying child/children in school uniform.