Noida property? Troubled homebuyers set to be given this massive power for first time

The Uttar Pradesh Real Estate Regulatory Authority (RERA) is set to allow the defrauded homebuyers to take over and complete a stuck project in Noida. 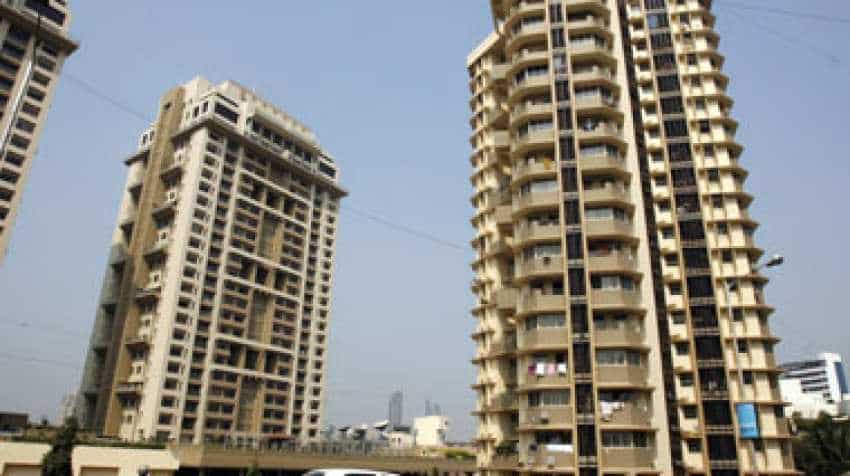 UP RERA has received 3,340 complaints about 722 projects in Uttar Pradesh, with 70% of projects being from Noida, Greater Noida and Ghaziabad. Image source: Reuters
Written By: Dipu Rai

The Uttar Pradesh Real Estate Regulatory Authority (RERA) is set to allow the defrauded homebuyers to take over and complete a stuck project in Noida. UP RERA took the decision after buyers of Shubhkamna Group’s project in Sector 137 ‘Tech Zone’ approached it, seeking handover of the project to them as one of the developers, Diwakar Sharma ,was behind bars and another partner, Piyush Tiwari, was on the run. The project is almost 80% complete.

After Shubhkamna Tech Homes Buyers Association submitted a proposal for the takeover, the UP RERA asked it to take consent of 60% of the buyers so that this can be considered. A senior UP RERA official said RERA will appoint a financial consultant who will look at the financial viability of the takeover.

“Shubhkamna buyers have approached us, and we will consider appointing a financial consultant if we get a formal proposal from them. We will ask to Noida Authority to advise if they can also join the takeover process,” Balvinder Kumar, member, UP RERA, told DNA Money. A legal expert said it could be a landmark decision and may have an impact across India where a number of projects are stuck and buyers are waiting for possession.

Venket Rao, founder, Intygrat Legal and a RERA expert, told DNA Money, “I believe this is first-of-its-kind initiative under the RERA regime. This will transform the power of buyers and proves the merit of collective action. Section 8 of RERA does provide for takeover by the buyers’ association. Further, in the other matter where takeover of land is contemplated at least, the Authority may examine the possibility of resale, etc.”

UP RERA has received 3,340 complaints about 722 projects in Uttar Pradesh, with 70% of projects being from Noida, Greater Noida and Ghaziabad. Most of the complaints are about delays and fraud by builders.

According to the real estate consultancy firm Prop Equity, more than 4.65 lakh units of housing projects across India are significantly behind their delivery deadlines. The situation in the National Capital Region (Gurgaon, Noida, Greater Noida, Ghaziabad, Faridabad) is even worse, where 1.80 lakh units valued at Rs 1.22 lakh crore are facing an uncertain future.Mumbai Metropolitan Region (MMR) is the second worst affected region in terms of delayed projects with around 1.05 lakh homebuyers waiting for possession.

UP Real Estate Regulatory Authority has also issued an order in the case of another housing project of Earth Gracia Buildcon Pvt Ltd.  Since the project is only 5% complete, it has asked Greater Noida Authority to explore options of selling land and recovering its dues and refunding buyers along with interest. 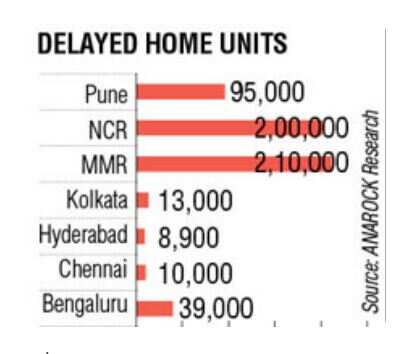 In a recent report, property consultant ANAROCK said in the top seven cities, the residential real estate launched in or before 2013 that is stuck in various stages of non-completion are collectively worth Rs 4,64,300 crore for a total of 5,75,900 units that are yet to be delivered to homebuyers.

Anuj Puri, chairman, ANAROCK, said in a report, “This is apart from the other inventory under construction which, judging my visible construction progress, will assuredly get delivered over the next 3-4 years. These 5,75,900 units have been stuck since 2013 or before”.