LOS ANGELES (Reuters) - The "No Zoom" policy for this year`s Oscars ceremony is proving a headache for multiple nominees who live outside the United States and who are still under pandemic restrictions, according to Hollywood publications. 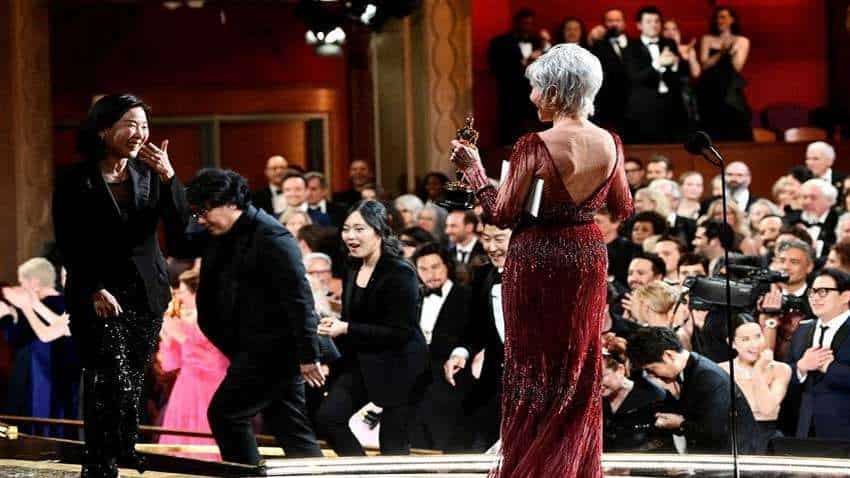 LOS ANGELES (Reuters) - The "No Zoom" policy for this year`s Oscars ceremony is proving a headache for multiple nominees who live outside the United States and who are still under pandemic restrictions, according to Hollywood publications.
Variety and Deadline Hollywood reported on Wednesday that publicists and some studio executives have complained to the film academy about logistics, costs and quarantine issues raised by the decision to bar nominees from taking part in the ceremony remotely.

The Academy of Motion Picture Arts and Sciences, which organizes the ceremony, did not return a request for comment on the reports.
Due to the coronavirus pandemic, the April 25 show to hand out the highest honors in the movie industry will be held both at Union Station in Downtown Los Angeles and the traditional home of the Academy Awards at the Dolby Theatre in Hollywood.
Producers said last week that there will "not be an option to Zoom in for the show" and encouraged nominees to attend in person.
At least nine nominees, including "Promising Young Woman" director Emerald Fennell and star Carey Mulligan, live in Britain. England next week is expected to ban nonessential international travel until mid-May.
Representatives of the five international feature films - submitted by Denmark, Hong Kong, Romania, Tunisia and Bosnia - could also face hurdles getting to Los Angeles, Variety and Deadline noted.
Some of the other 200 or so nominees will be working on productions that require quarantine or living in restricted "bubbles" with cast and crew, the publications said.
Visitors to California are currently expected to quarantine for 10 days. Travelers to nations outside the United States are also subject to varying quarantine requirements.
Variety said a meeting this week to discuss the issues between the Academy, movie studio executives and publicists had been canceled.
Other awards shows in recent months have replaced the usual in-person gatherings at gala dinners and on stage with pre-recorded appearances or virtual events, or a combination of those with small in-person gatherings.
But television audiences have slumped, with the Golden Globes and the Grammys attracting the smallest numbers in decades.