Gujarat budget for 2020-21, presented by the BJP government on Wednesday, which saw a healthy allocation of Rs 31,955 crore for education, Rs 11,243 crore for health and Rs 7,423 crore for the agriculture sector. 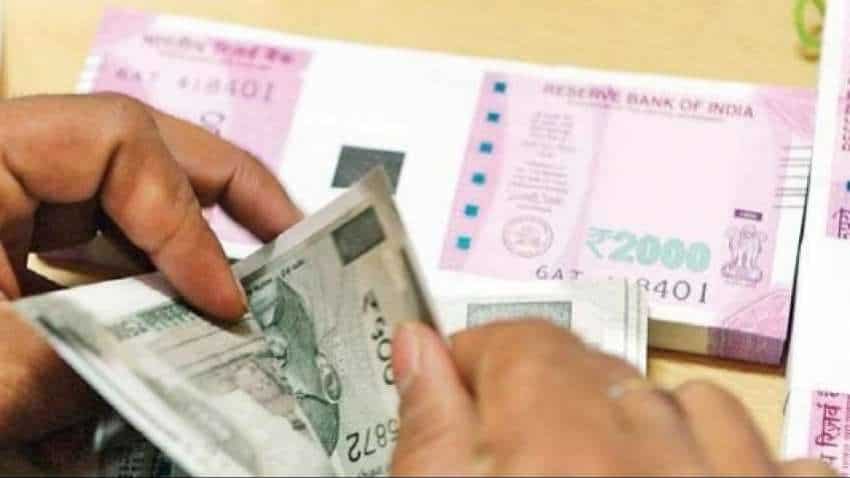 2,17,287-crore budget for the next fiscal has an overall surplus estimates of Rs 275 crore, Photo: PTI
Written By: PTI
RELATED NEWS

No new taxes were proposed In the Gujarat budget for 2020-21, presented by the BJP government on Wednesday, which saw a healthy allocation of Rs 31,955 crore for education, Rs 11,243 crore for health and Rs 7,423 crore for the agriculture sector.

The Rs 2,17,287-crore budget for the next fiscal has an overall surplus estimates of Rs 275 crore.

In the budget presented on the first day of the assembly session, Deputy Chief Minister Nitin Patel, who also holds the finance portfolio, proposed to reduce electricity duty for shops and offices, cold storages, religious places and dharmshalas, giving benefits of Rs 320 crore to them.

Patel, who presented the budget for the eighth time, did not propose any new taxes.

Patel, while presenting the budget, told the House that special focus has been placed on health, education, water management, animal husbandry, rural and urban development, agriculture and overall social development.

To encourage cow urine and manure-based farming, a cultivator shifting to such agriculture methods will be given an assistance of Rs 10,800 per year to rear cows, he said.
Patel made a provision of Rs 50 crore to cover around 50,000 farmers under this scheme.

To improve primary education scenario, Patel said the government will construct 7,000 new rooms in state-run schools with an estimated cost of Rs 650 crore.

On the higher education front, Patel said a provision of Rs 7 crore has been made to start a School of Defence Studies at the Gujarat University in collaboration with the DRDO.

Similarly, a sum of Rs 12 crore has been allocated to IITRAM (Institute of Infrastructure Technology Research and Management) to start Department of Advance Defence Technology in collaboration with the DRDO.

While Rs 450 crore has been allotted for the Ayushman Bharat Yojna (a Centre-sponsored health scheme), Patel said Rs 27 crore will be spent for purchasing 150 new ambulances.

Announcing a provision of Rs 3,150 crore for the women and child development department, Patel said 'Rann Anganwadis' (child care centres) will be opened in desert areas for the children of 1,500 saltpan worker families.

He also added that 'mini anganwadis' will be opened in central jails in major cities.

To encourage Gujarati diaspora donors wanting to do something for their native places, Patel announced a new scheme called 'Madre Vatan'.

Under this scheme, the government will contribute a matching amount of donation given by such donors for developing various facilities such as schools, anganwadi centres, roads, water tanks and ponds.

Patel said the world's largest hybrid energy park is coming up at Kutch district. It has capacity to generate 25,000 megawatt of electricity per year at one place by harnessing solar and wind energy.

To add some more tourist attractions near the Statue of Unity at Kevadiya and nearby areas in Narmada district, a provision of Rs 387 crore has been made in the budget.

Patel proposed a reduction in electricity duty on shops and offices. From the present 25 per cent, Patel proposed 20 per cent levy.

While this relief will benefit 30 lakh people, the state will have to forgo revenue of Rs 320 crore every year.