With the model code of conduct in place in view of the ongoing Lok Sabha elections, the functions remained low key affairs with the leaders refraining from making political speeches. 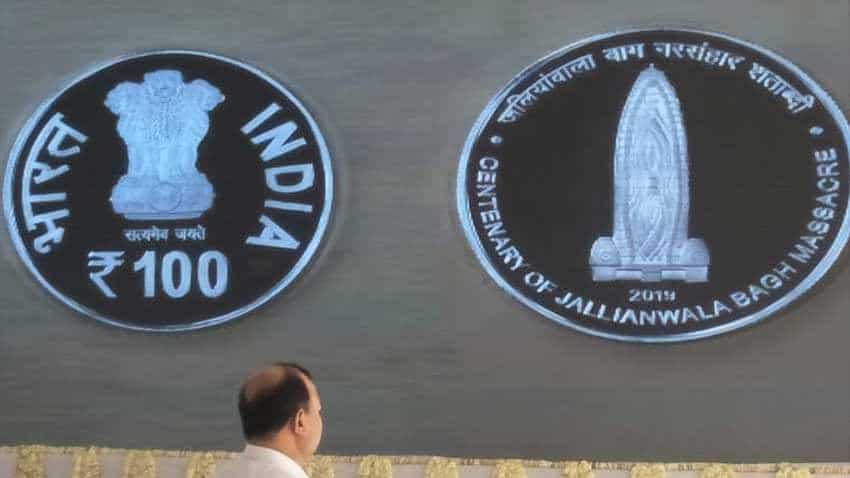 100 anniversary of Jallianala Bagh massacre: Vice President M. Venkaiah Naidu today released commemorative coin of Rs 100 at the Jallianwala Bagh memorial on the 100 years of the massacre. The Vice President M. Venkaiah Naidu also offered tributes to the fallen on Saturday. Accompanied by Punjab Governor V.P. Singh Badnore, Naidu stood in silence at the Jallianwala Bagh National Memorial as contingents of the Punjab Police and the Border Security Force (BSF) reversed their arms to pay homage to those killed on April 13, 1919. Naidu also released a coin and a postal stamp to commemorate the event.

Saturday marked the centenary of the bloodbath in Jallianwala Bagh when British forces led by Brigadier General Reginald Dyer opened fire on unarmed, innocent Indians, including women and children, who had gathered there to hold a peaceful protest against the oppressive Rowlatt Act of the British government.

Earlier in the day, Congress President Rahul Gandhi and Punjab Chief Minister Amarinder Singh paid their homage to the martyrs at the National Memorial.

Punjab cabinet Minister Navjot Singh Sidhu also accompanied them, as the leaders were joined by a large number of people to commemorate the tragic incident that took place on the day of `Baisakhi` 100 years ago.

With the model code of conduct in place in view of the ongoing Lok Sabha elections, the functions remained low key affairs with the leaders refraining from making political speeches.

British High Commissioner Dominic Asquith on Saturday expressed deep regret and sorrow over the Jallianwala Bagh massacre, but remained non-committal on any apology coming from the British government on the brutal killings.

"We deeply regret what happened," Asquith wrote in the remarks section of the visitor's book at the memorial, where he paid floral ributes.

On the chances of an apology coming from his government, Asquith evaded a direct response and said: "I know this is a really important question. I would just ask you to respect what I came here to do, which was to commemorate those who died here a 100 years ago -- to express the sorrow of the British government and the British people."

Eeven after 100 years of the incident, the British government has only regretted the massacre but stopped short of apologising for the killing of so many innocent people.

The Jallianwala Bagh massacre is one of the darkest chapters in the history of India`s freedom struggle. The British government had put the official death toll at 379.