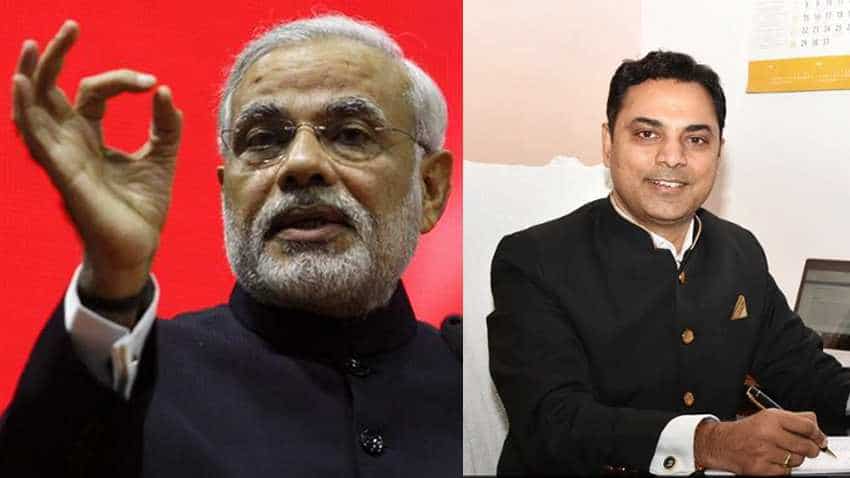 There has been a major change in the nature of employment in the country in 2017-18 compared to 2011-12, Chief Economic Advisor Krishnamurthy Subramanian said, adding that the proportion of regular salaried workers in the country has gone up by 5 per cent while that of casual workers has come down by the same proportion.

According to Subramanian, the findings point towards a more formalisation of economy adding more salaried workers to the workforce.

The CEA also pointed out that proportion of remunerative jobs has increased both in urban and rural areas.

The proportion of remunerative jobs has increased by 3.3% in rural areas and 1.4% in urban areas.

The proportion of workers in agriculture has gone down by 5% -- four per cent absorbed in services and 1% by industry, the CEA added. 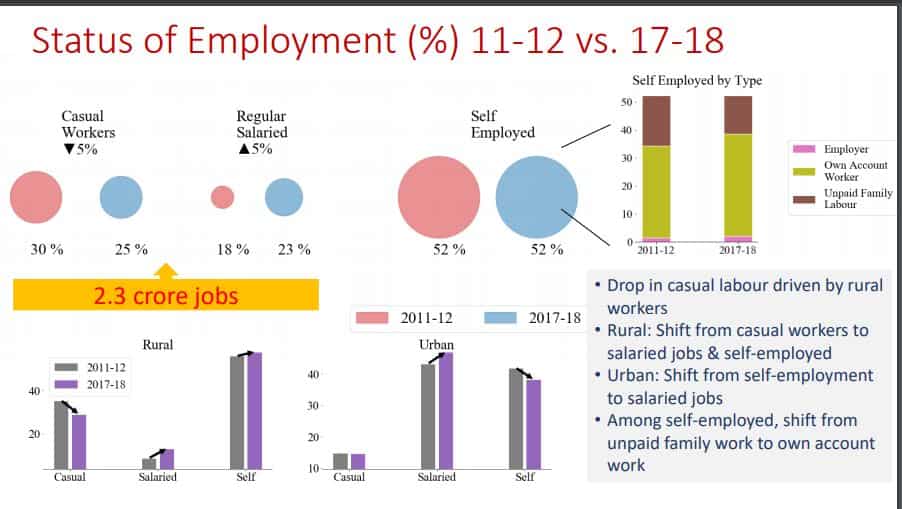 "The labour laws have been streamlined into four laws. The Code of Wages 2019 was notified in August 2019, Code on Occupational Safety, Health and Working Conditions Bill, Industrial Relations Code and Social Security Code Bill have been notified this year," he said.