E-commerce giants like Amazon and Walmart-backed Flipkart scurried to re-align their platforms to comply with the new FDI rules that came into effect Friday, with Amazon.In removing a number of products, including mobile accessories and batteries, from its platform. 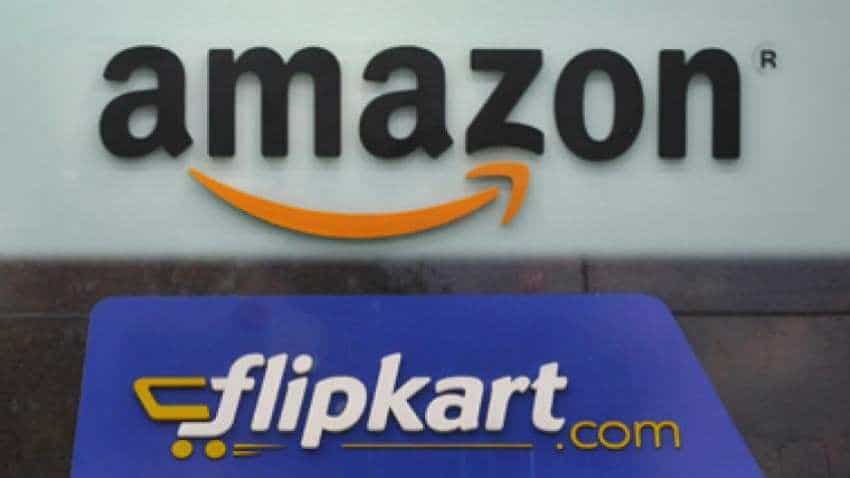 The new FDI rules bar online marketplaces that have foreign investments from offering products of sellers in which they hold stake. Image source: Reuters

E-commerce giants like Amazon and Walmart-backed Flipkart scurried to re-align their platforms to comply with the new FDI rules that came into effect Friday, with Amazon.In removing a number of products, including mobile accessories and batteries, from its platform. The new rules bar online marketplaces that have foreign investments from offering products of sellers in which they hold stake. Accordingly, products from sellers like Cloudtail and Appario - that have equity investment from Amazon - have been taken off from Amazon's platform.

A quick search for various products from 'AmazonBasics' showed that the items were "currently unavailable". Other Amazon products like Echo range of smart speakers were initially taken off, but later returned on the platform through sellers like Hariom Communication. The wait period for Echo speakers is now running anywhere between a fortnight to over a month. Previously, some of these products were available for delivery within a day or two.

According to sources, while Flipkart doesn't hold equity interest in its sellers, the changed rules could affect selection available on the platform in the coming weeks as existing sellers do procure items from its wholesale unit.   Industry experts pointed out that many partnerships between these e-commerce giants and their sellers are being tweaked to ensure that the online marketplaces are in compliance with the new rules.

The new regulations - that were announced in December under Press Note 2 - bar online marketplaces with foreign investments to enter into exclusive marketing arrangements.  Another clause states that the inventory of a vendor will be seen as controlled by a marketplace, if over 25 per cent of the vendor's purchases are from the marketplace entity, including the latter's wholesale unit.

US retail giant Walmart-backed Flipkart, earlier on Friday, said it is disappointed with the Indian government's decision to implement the changes in rules for e-commerce companies with foreign investment in "haste".  The Bengaluru-based company added that it remains committed to compliance "despite the significant work that is required to change our supply chains and systems".

The Flipkart spokesperson said despite the significant work required to change its supply chains and systems, the company remains confident that it will continue to serve its customers and sellers well. Asserting that policy should be created in a consultative, market-driven manner, Flipkart said it will continue to work with the government "to promote fair, pro-growth policies that will continue to develop this nascent sector".

Despite intense lobbying by the two giants, the Department for Promotion of Industry and Internal Trade (DPIIT) Thursday said it had "been decided, with the approval of the competent authority, not to extend the deadline" of February 1.  An Amazon spokesperson Thursday stated that the company will continue to engage with the government to seek clarifications and work towards minimising impact on its customers and sellers.

Small traders have, in the past, complained that deep discounts offered by e-commerce firms were hurting their business. Various trader bodies had also alleged that these entities were giving preferential treatment to certain sellers. Over the last few weeks, both Amazon and Flipkart had been extensively lobbying (directly as well as through associations and trade bodies) with government officials seeking an extension in deadline. They had also written to the government stating that they need more time to understand the details of the new framework.

Batting for the players, the US-India Strategic Partnership Forum (USISPF) had dubbed the new e-commerce rules as "regressive" and said these changes would harm consumers, create unpredictability and have a negative impact on the growth of online retail in India. According to a Crisil report, nearly 35-40 per cent of e-retail industry sales - amounting to Rs 35,000-40,000 crore - could be hit due to the tightened norms.

However, smaller players like Snapdeal and ShopClues have welcomed the development, saying it will create a genuine and robust e-commerce sector in India. According to sources, both Flipkart and Amazon were extremely hopeful that the government will soften its stand but given the magnitude of investments at stake, these companies had already started working on their plan B in case the deadline wasn't extended.

Amazon had committed an investment of over USD 5 billion, while Walmart made its biggest bet pumping in USD 16 billion for 77 per cent stake in Flipkart.