MPC members to get Rs 1.5 lakh per meet,disclose assets every year

The silent period and confidentiality requirements will also apply to the three RBI members, including the Governor, on the panel that has been deciding on policy rates since October last year, the central bank has said. 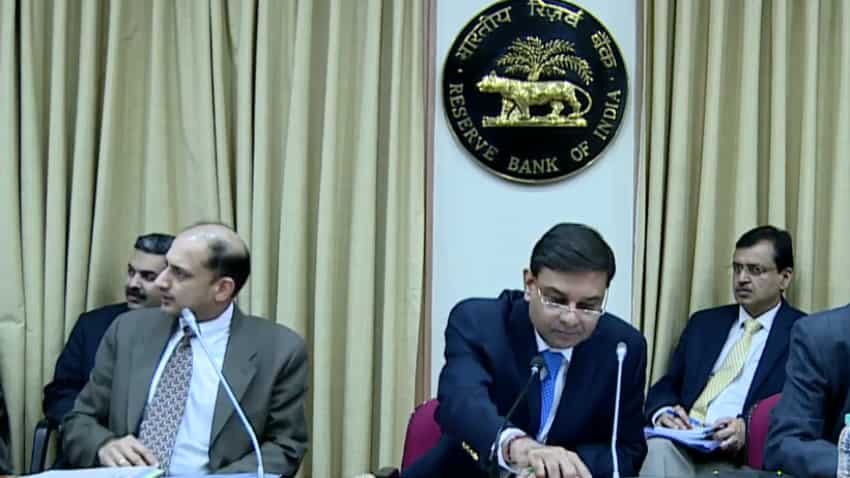 The government appointees on the powerful Monetary Policy Committee will be paid Rs 1.5 lakh per meeting along with air travel and other reimbursements, but will need to observe a "silent period" seven days before and after the rate decision for "utmost confidentiality".

The silent period and confidentiality requirements will also apply to the three RBI members, including the Governor, on the panel that has been deciding on policy rates since October last year, the central bank has said.

The members of the RBI Governor-chaired panel, which has to hold meetings at least four times in a year, are also required to be mindful of any conflict between their personal and public interest while interacting with profit making organisations and making personal financial transactions, the Reserve Bank said in its newly notified regulations for functioning of the committee.

The six-member MPC, constituted in September 2016, has three persons appointed by the central government while the rest, including the Governor, are from the RBI.

The members appointed by the government would "receive a remuneration of Rs 1,50,000 for devoting time and work for each meeting of the committee... Which they attend and other expenses relating to air travel, local transportation and accommodation as may be decided by the central board from time to time," as per the regulations.

The panel is required to meet at least four times in a year and the RBI has been convening a bi-monthly meeting of this committee.

Their appointment is for a period of four years or until further orders, whichever is earlier.

The regulations do not mention whether any separate allowance would be given to the RBI members on the committee.

Earlier this year, Patel and his deputies got a big pay hike with the government more than doubling their basic salary to Rs 2.5 lakh and Rs 2.25 lakh per month, respectively.

The "basic pay of the Governor and Deputy Governors" have been revised retrospectively with effect from January 1, 2016 and marks a huge jump from Rs 90,000 basic pay so far drawn by the Governor and Rs 80,000 for his deputies.

These regulations were notified by the RBI earlier this month.

"While interacting with profit-making organisations or making personal financial decisions, they shall be mindful of, and weigh carefully, any scope for conflict between personal interest and public interest," the regulations said.

Each member of the MPC has one vote and in case the numbers are equal, the governor has the casting vote.

The MPC, which has the responsibility of achieving a set inflation target, should submit a report to the government in case of failure to achieve the required target.

In such instances, the report shall be sent to the central government "within one month from the date on which the bank has failed to meet the inflation target".

The regulations further said the schedule of the MPC meetings for the entire fiscal year needs to be announced in advance. At least 15 days of notice is required for convening a meeting ordinarily, but an emergency meeting can be called with 24 hours notice for each member and technology-enabled arrangements need to be made for even shorter notice period meetings.

All members need to disclose their assets and liabilities and update this information once every year.

"Members shall observe a silent or blackout period starting seven days before the voting/decision ray and ending seven days after the day policy is announced. During this period, they will avoid public comment on issues related to monetary policy other than through the MPC's communication framework," the RBI said.

Also, members cannot reveal outside the committee any confidential information accessed during the monetary policy deliberations.

After conclusion of MPC meeting, a resolution needs to be made public including on the policy repo rate and any other monetary policy measures at the discretion of the Chairperson while keeping in view the functioning and timing of financial markets.