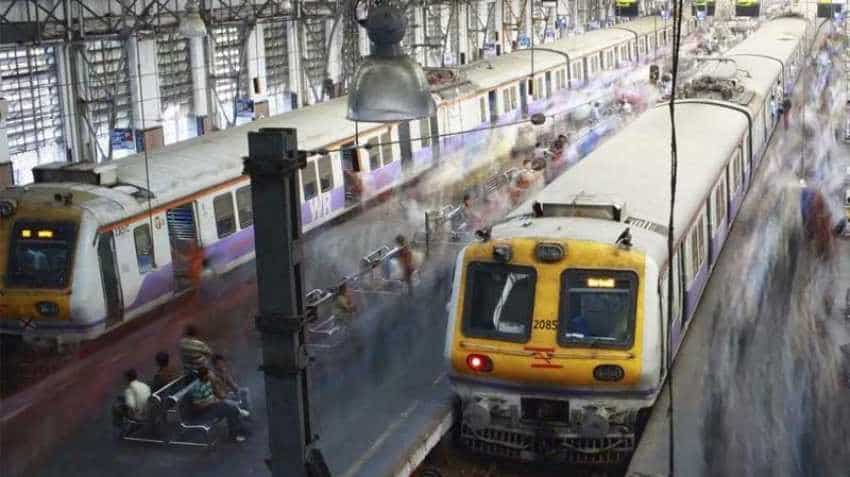 Cyclone Vayu was to hit the Gujarat coast on Thursday, but it changed course on the intervening night of Wednesday and Thursday. Image source: Reuters

Services of more than 180 trains have been affected due to Cyclone Vayu in the last two days, with over 132 trains to Gujarat being cancelled, the railways said Friday. The railways has cancelled 132 trains and short terminated 54 trains between Wednesday and Friday in view of the cyclone hitting coastal Gujarat.

Cyclone Vayu is likely to recurve on Sunday and hit the Kutch coast of Gujarat, a top official of the Ministry of Earth Sciences said. Till Thursday, 88 mainline trains were cancelled and 40 were scheduled to be short terminated over the Western Railway.

"On June 14, 44 more trains were cancelled and 14 more were short terminated in view of cyclone as a precautionary measure taken by western railway in view to safeguard the interests of passengers," according to a statement issued by the railways. Till now, 186 trains have been fully cancelled and 54 trains short terminated, it said.

Secretary of the Ministry of Earth Sciences M Rajeevan told PTI that the intensity of the cyclone is likely to get reduced. It may hit the coast as a cyclonic storm or a deep depression, he added.

He said the Gujarat government has been alerted about the possible recurvature of the cyclonic storm.

Cyclone Vayu was to hit the Gujarat coast on Thursday, but it changed course on the intervening night of Wednesday and Thursday. It skirted the Gujarat coast affecting Gir, Somnath, Diu, Junagarh and Porbandar.