More bad news for Indigo, here is what happened to this flight

A Guwahati-bound IndiGo flight, carrying 177 people from here last evening, was delayed by about five hours due to bad weather conditions, triggering protests by a group of passengers, who deplaned on their own at the IGI Airport 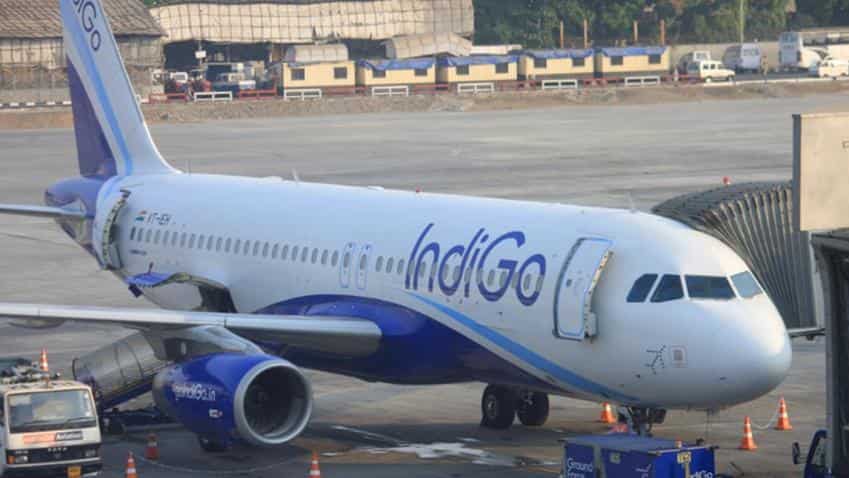 IndiGo said the incoming aircraft which was scheduled for Guwahati arrived late because of the weather conditions. Image source: PTI

A Guwahati-bound IndiGo flight, carrying 177 people from here last evening, was delayed by about five hours due to bad weather conditions, triggering protests by a group of passengers, who deplaned on their own at the IGI Airport. The passengers allegedly indulged in the violation as they were agitated over the airline reportedly not informing them of the delay in the flight. The airline, however, regretted the "inconvenience caused to the passengers", and in a statement attributed the delay to the weather conditions and the change in crew, who had to wait for the departure slots.

A few passengers of flight 6E 694 allegedly tried to block the taxiway but their attempt was thwarted by the CISF personnel, sources said. At no point of time, passengers can deplane the aircraft until and unless they are asked by the airline to do so, said the sources, including a senior commander of an airline, recollecting a few earlier similar instances. The incident happened even as flight operations were partially affected last evening as a dust storm hit the national capital, and some adjoining states, resulting in about 21 diversions from the IGI Airport, officials said.

According to the airport sources, the flight was due to depart at 6.30 PM but it took off at 11.30 PM, almost five hours behind schedule. "IndiGo regrets the inconvenience caused to the passengers which was due to severe weather condition," the airline said in its statement.

The sources in the CISF, which is in charge of security at the IGI Airport, said their personnel stopped the passengers, who had de-boarded, in the tarmac area from gathering and moving any further. The airline said the incoming aircraft, which was scheduled for Guwahati, arrived late because of severe weather conditions.

"With respect to flight 6E 694 Delhi to Guwahati, IndiGo started boarding around 2015 hours. However, the thunderstorm intensified due to which the aircraft could not depart and had to wait for a respective departure slot," it said.

Elaborating about the delay caused, the airline said, "After the boarding and the prolonged waiting due to weather conditions, the pilots went out of flight duty time. Therefore, a new crew was arranged who had to wait for the respective departure slots to be given, thus further delaying the IndiGo flight 6E 694 to Guwahati".

"It is common practice that after boarding the passengers are kept on board to make use of any departure slot that Is coming available," the airline underlined. It said that accommodation and ground transportation was provided at Guwahati to all the passengers.