Modi govt's import duty hike on 19 items has no bite?

The government’s decision to raise import duty on 19 items may be merely a case of good optics since it will have a negligible effect on lowering overall imports. 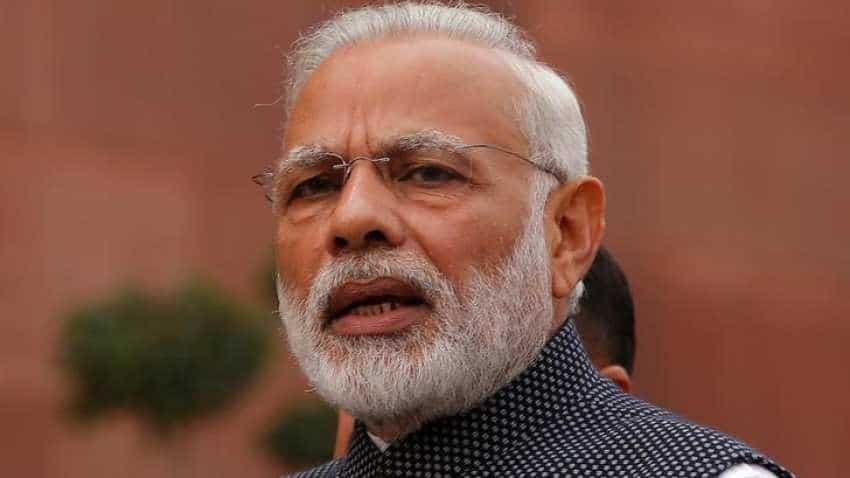 The government’s decision to raise import duty on 19 items may be merely a case of good optics since it will have a negligible effect on lowering overall imports. It is also unlikely to have any sizeable impact on India’s current account deficit (CAD), which has been widening this fiscal amid global oil price spike and the rupee’s continuous decline. For one, the items whose import will now cost more account for just about 3% of the country’s total merchandise imports. So while raising duties may crimp imports by consumer durable makers and others, it is not certain whether demand will be curbed. China accounts for the largest share in India’s import basket at about 16% and the items which have seen additional import duty account for just about 5% of imports from China. So the latest move is obviously unlikely to help India in reducing its trade deficit with China or lower the overall CAD.

Soumya Kanti Ghosh, the group chief economic advisor to SBI, said, “The total value of imports of these items in FY18 was about Rs 86,000 crore (3% of merchandise imports) and the higher tariffs could help the domestic industry. However, it depends on the price elasticity of demand and domestic capacity. The impact of these measures is minuscule on the imports so it will not help a lot in reducing CAD. As the rupee movement is influenced by CAD, the move may not help much in propping up the rupee. When we look at imports from China, the components add up to roughly around 5% of China’s imports. So Chinese imports may not be impacted much directly. However, these measures send a signal that the government is ready to defend its external metrics.”

The items on which import duties have been raised include air conditioners, washing machines below 10 kg, refrigerators, compressors, speakers, footwear, non-industrial diamonds, semi-processed, half cut and broken diamonds, lab-grown diamonds, cut and polished coloured gemstones; bath, shower, sink of plastic. As per DGFT data, the total value of exports in the first quarter of this fiscal was $82,471.77 million ($72,212.33 million), up 14.21%. The total value of imports in the same quarter was $1,27,409.20 million ($1,12,263.10 million), up 13.49%. So the trade deficit during April-June has increased as compared to the Q1 of last fiscal. Analysts at brokerage Antique have said that at prevailing levels of import growth (18.1% in this fiscal to date), the CAD to GDP estimate for FY19 is at 3.1% against 1.9% for FY18.

With such an alarming projected rise in CAD, will the government take more measures to calm the rupee and reduce the trade imbalance? D K Srivastava, chief policy advisor at EY told DNA Money that the recent import duty hikes may be considered as the first in many subsequent rounds of interventions expected of the government. “We are waiting for the RBI to take a call on policy rates. If rates are increased, this would neutralise the increase in US Fed rates (which have triggered the movement of the US dollar away from emerging markets and therefore holds the potential to further weaken the rupee).

If RBI increases rates, it will help arrest further weakening of the rupee.

Srivastava suggested two other measures which will have an impact in improving CAD in the medium term: A rethink over export promotion measures and indirect subsidisation of exports such as infrastructure sops, without falling foul of WTO norms.

As per DGFT data, during Q1, petroleum crude accounted for the largest share in India’s import basket at 22.24% or well over a fifth. Gold was at 6.63%, petroleum products at 5.01% and telecom instruments at 4%). So why is the government not announcing measures to curb imports of petroleum crude or gold, two items which together account for almost 30% of India’s imports? Well, for the first, we need to reduce our dependence on imported crude by promoting alternate fuel-powered mobility options - which is a long-term move - since India is largely dependent on imported crude for domestic consumption. As for the second, perhaps additional duty on gold imports might come after the festive season is over. Already, there have been fears over any additional duty on gold sparking a surge in smuggling.

Meanwhile, the DGFT data further shows that the highest growth of 54.95% was registered in imports of petroleum crude in Q1, followed by petroleum products (40.65%), iron and steel (30.37%), organic chemicals (21.65%) and coal, coke and briquettes etc (21.30%). It is clear that more measures are needed for bringing the runway CAD under control and to arrest the falling rupee.